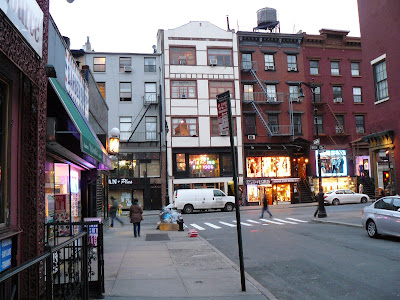 ion and color correction tests. The first picture is taken outside of Manhattan Theatre Source.

The second picture has Photoshop clone-tool extended height -- in an attempt to make the environment a tad more oppressive.

And the third picture adds extensive color correction using Magic Bullet Looks. There's no faces visible but even in such a heavily corrected shot I believe faces will be relatively "natural" looking.

I took this picture toward the end of daylight -- which is why the lights in the stores are so "bright" yet there's still light in the sky.

Incidentally, the shop to the right of the van was used as a model for the shop in Eyes Wide Shut. 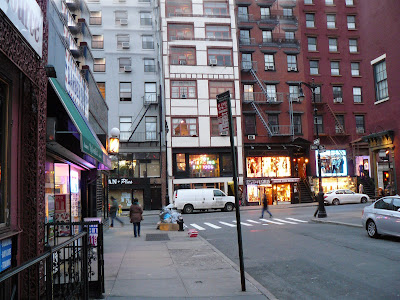 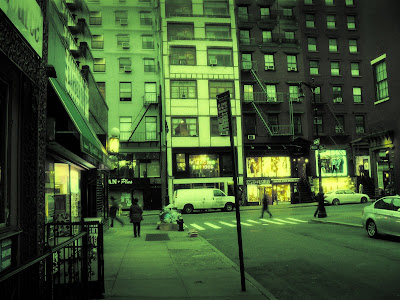