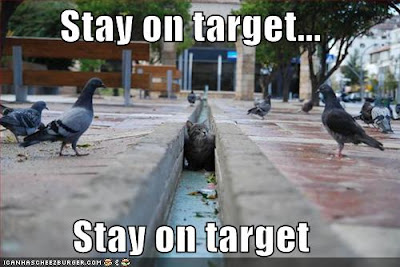 I'm reading, or trying to read, an incredibly dry book called The Art and Science of Digital Compositing by Ron Brinkman. From Chapter 11, Quality and Efficiency:

"There is an old (rather cynical) adage that states that, given the categories of speed, cost, and quality, you can only have two of the three options."

And I still can't figure out premultiplied mattes. I mean, how does the computer know it's premultiplied, or rather which black is just black and which is "there's no image here"? What's different about the "black" or whatever color you're using for the alpha channel? What's the difference between that color which isn't matted out from that color which is? I'll keep looking.

This is pretty darn funny:

Quotes from Godzilla's own DVD commentaries.

I'm color-correcting and sending out bits of video for notes from the editor and writer (who has no notes but who is probably also not working on the two scripts he's supposed to be writing) and producer (who sent me six and a half single-spaced pages of notes).