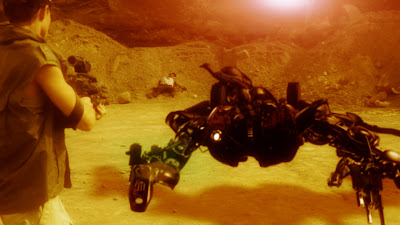 It's important to note zeros when posting.

Here's Ben Sulzbach getting too close to a robot.

Apparently it's a Xik hunter-killer drone. (That's an inside joke, Ben's the only one who read and understood the script so he's the only one on location who knew what the robot was.)