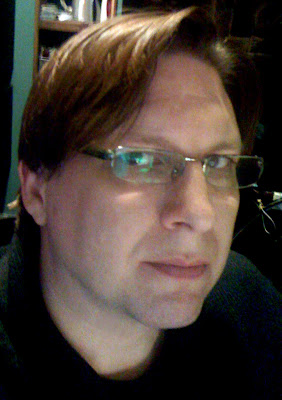 "The cult was there for the joining."

That's going to be my excuse at least. Well, that and the fact that I'm saving $30/month (originally I thought it would be a $40/month savings but I was wrong. OK, maybe it'll only be $25/month but still...)

I bought an iPhone.

And I'm trying to figure out how to hack it now. But I can get email and look at maps and surf the interwebs and that's all the most important thing.

I'd had Verizon. Now I'm on AT&T. In the olden days AT&T wasn't very good and Verizon was the only service which actually worked. But now AT&T even works in my studio (one of my partners -- Mitchell -- used to have to grab his phone and sprint to the front of the theater in order to take his calls. He doesn't have to anymore.)

Email ThisBlogThis!Share to TwitterShare to FacebookShare to Pinterest
Labels: Otherwise, Pictures of Drew

I am so envious! I have an iPod Touch, and, after using it for a few minutes, decided I need an iPhone.