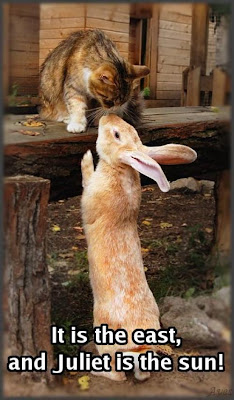 I've been frustrated with AfterEffects and some crazy memory issues. But it seems to have stabilized by my turning down the amount of RAM the program is allowed to use.

The new way to do things is to put light flares in complex composites. I learned to do that from watching many hours of DVD commentary about Blade Runner. Whenever the special effects guys had a problem with a shot -- they'd just add a light flare. Works every time.

We have to do two or 2.5 pictures a year. I'm just going to keep saying that over and over again. We shoot one in March, one in July, and one in September? Or something? I'm going to have to create a calendar now.

To do 2.5 pictures a year one has to shoot a new picture on average every 4.72 months. Or every 20.8 week. So why don't we think every 20 weeks 'cause that'll mean there can be some vacation time in there?

If we're not doing such effects-heavy pictures that might be possible.

Here's also a piece of art by Arthur Rackham depicting Pandora. Perhaps I'll use that as a model for the Pandora Machine "logo" which we're going to need in the next couple of months. 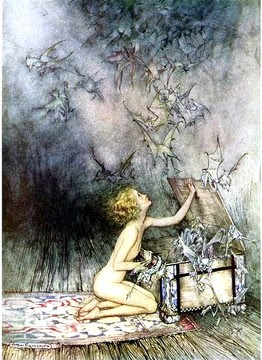