A New Place To Live

So, it's finally happening -- I need to find an apartment in the next 6 to 9 months.

My dad's selling his house in Metuchen and moving to Princeton. What I need is a place close to an MTA (subway) line or the PATH, in an elevator building, with a separate bedroom (elevator and bedroom are so my parents can visit.)

And of course I want all this for less than $1200/month. $1K or less would be better. And for that I suspect I'll need to go through a broker.

My dad was surprised to hear than Greenwich Village has no cheap apartments (shows you that he came to the New York area in the 1950's, doesn't it? Jersey City would be ideal for me for a number of reasons (like the 7-minute commute to my studio via the PATH) but it too is basically out of my price range (mostly because of the short commute all those parts of Jersey have become pricey.)

So that means that basically Inwood, Bay Ridge, or somewhere out past Forest Hills in Queens are the lead possibilities. There's also Harlem and of course there's always the possibility of some wacky deal I might get in Midtown or the Upper East Side.

I would prefer a place close to the blue or orange lines (A, C, or F trains) as those come closest to my studio. But the red line is fine also. And truthfully the green line is only a few short blocks away too. I would really love to live somewhere that has two lines nearby (in case one of the lines isn't running some weekend - another reason to hate Williamsburg).

Oh, and I have to have a place which doesn't mind cats. 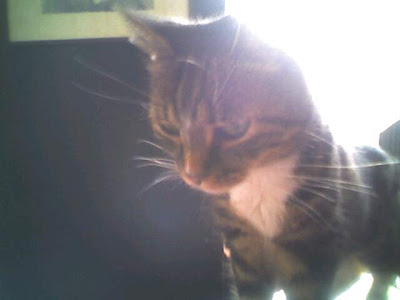 For more info on life in Bay Ridge, please check out this blog -