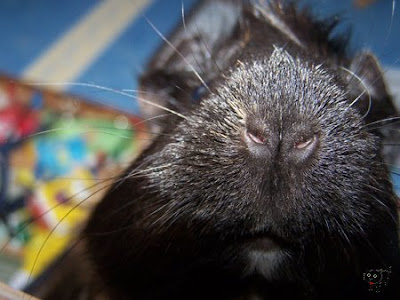 There's more of it from Bill Cunningham. I agree with the other parts of his analysis, however the Trajan hating part of it contradicts the purity of just making art in order to sell the picture.
Ultimately, having the title of the picture in the Trajan font does not negatively impact sales. The only people who care about not over-using the font are graphic designers (and those who listen to graphic designers).
And there's a reason why graphic designers, like every other craft, aren't given the "final word" on their product. It's because they insist on looking at their work though what is cool to other graphic designers, rather than whether it works or not. (Don't get me started on sound editors who are all about finding a "new" sound rather than just using something that works. Oy.)
Don't ask an oboe player what his favorite symphony is, 'cause I assure you it'll be the one with the most fun oboe part -- not the symphony that's the best.*
If we've been using the font for Roman characters for 2000 years, there's probably a reason for it.
As Claire Sommer says, "There's no need to reinvent good design."
Me? I deliberately used Trajan in our logo just to irk graphic designers. They don't buy our movies anyway. Distributors buy our movies. They have a specific list of things they want. And it seems to change every year. More often than not, they like Trajan in the title treatment. I mean, they get to name the movie whatever they want anyway.
*No offense to oboe players (a group of people you do not want ticked off at you.)
at 10/08/2008 12:29:00 AM

Your thesis is that Distributors want Trajan used in their poster design, when what they are really saying is they want a poster that sells the movie as "big entertainment." Somehow the use of Trajan has become the defacto "epic" symbol...hence its overuse.

I have NEVER heard a distributor say "I want Trajan in the title treatment." They don't even know what Trajan is... If we were to follow your logic, GRINDHOUSE would be in a Trajan font.

What you need is a font that communicates another layer of or simply reinforces the movie's central concept.

It's the other way around -- a buyer will never say "I want Trajan" but they will certainly never say "OMG -- we'll buy it but you have to not use Trajan!" ;-)

More than that though, the use of Trajan does not negatively impact the sales and may even make a no-budget picture look like a budgeted one.

Saying Trajan is overused is like saying the A Major chord is overused (and there's a whole school of music theorists who do indeed say that.) But A Major sounds good baby... and it sells records... ;-)

Actually, my Thesis is that it doesn't matter if a font is overused. At least, that's what I intended my thesis to be.

It's the other way around -- a buyer will never say "I want Trajan" but they will certainly never say "OMG -- we'll buy it but you have to not use Trajan!" ;-)

No - but they will redesign the poster and charge you back for it!

Trajan - when used properly, in the right context- sounds gorgeous. When it's overused it sounds like Britney Spears or Girls Aloud or worst yet, Westlife.

That's interesting -- in our world we have no control over the title or artwork anyway -- so we'd never get backcharged.

But if you ever heard Travis do "Hit Me Baby One More Time"...