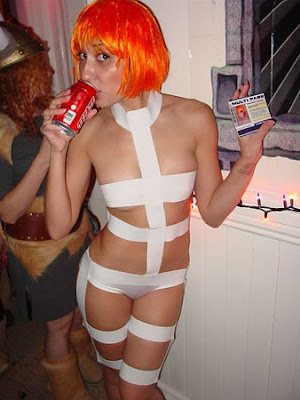 
Bill, over at Pulp 2.0 rants about producers at the AFM. Deodorant is not an option.

Our producer once went to the AFM, but as a rule we stay away from it. The whole purpose of the AFM for us is to sell movies overseas. Buyers aren't really interested in talking to producers (see rant above). In fact, we really don't have much to talk about other than "themes" and "visual tropes".

So honestly we should stay away from the market as much as possible.

We make girls-with-guns pictures. We're getting better and better at it with each movie. Everybody loves girls-with-guns flicks. I mean everybody. Lots of people will pooh-pooh them and claim to not like them but the fact is they all do.