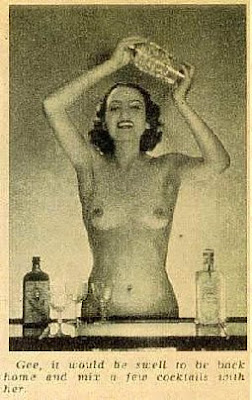 ... well, at least SAG doesn't suck as much as they used to. When I was teaching I would always tell the students to never sign a SAG contract if they wanted any chance of seeing their money back from a feature they produce. But now it's different. The Screen Actors Guild has changed their contracts to reflect this little thing which we all like to call "reality".

In the olden days (a few years ago) SAG was under the impression that it was reasonable to expect that if a producer could not get a theatrical deal, and instead made a picture which went straight to video, that the contract should automatically "bump up" to become a full-level contract with requisite increases in pay for the performers.

So in other words, if you make a movie but all you could get was a deal at Blockbuster, SAG was going to insist you pay all your "professional" actors six hundred and some odd dollars for each day they worked. This would, of course, skunk the only distribution deal you could get. So everybody loses. Producer can't make any money back. Actors don't even get to be in a picture which premiered at Hollywood Video.

But now they've taken those onerous "step up fee" clause out of their Low-Budget Agreements. I can't help but think I had a hand to play in that as I have a buddy who is/was on the SAG board in New York and I used to complain to him endlessly about this. I mean really, I used to harangue him. And as big as a Union man he was, he had to agree that yeah, those were stupid rules.*

So nowadays if you have a picture budgeted under $200K and you want to shoot SAG (with 8-hour days at $100/day), it's perfectly OK. Go ahead. It'll be a lot of paperwork, and you'll have to pay an extra $14/day or so in benefits, but it won't kill you come time to distribute the picture.

What will kill you is that you still can't afford to pay your actors a total $35,000 over the course of a feature and expect to make money in the DVD market. But that's not SAG's fault.** Indeed, the $100/day movie is certainly a "labor of love" for the actor and making a feature at that level is a labor of love for the producer. Either one of them can certainly make a lot more money waiting tables.

*The one thing I, as an old union organizer, really don't like about their contracts is that they still explicitly cut out protections for non "professional" (read "non-SAG") performers. I find that really insulting to the other actors that SAG won't even try to protect their working conditions if they aren't members of the Guild. Other unions do that, but not SAG.

**The $35K number is my off-the-cuff guess at your costs -- including taxes and SSI and such, the "pay" to the actors would be about $25,000 if everyone were working for minimums calculating the approximate number of "actor days" (which is the number of total days worked by all the actors) at 250. This number seems about right for a 20-day shoot. Your performance may vary.
at 11/24/2008 01:25:00 PM