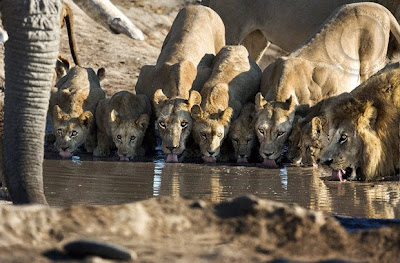 I've been doing a bit of research in a local Blockbuster. Basically, my interest is in finding independent distributors which get their non-theatrically-released DVD's into Blockbuster.

Obviously Lion's Gate gets their titles in. But they are (I believe) the largest "indy" distributor in the world (maybe that's only North America, who knows? India might have a larger distributor.)

The Asylum regularly gets their "mockbusters" into Blockbuster. The Asylum released our movie Pandora Machine. I think we sold almost 8000 DVD's to Blockbuster and whatever other retailers there were before they all went bankrupt. Ahh... the good old days.

Terra Entertainment had at least one title in Blockbuster...

Now there are some distributors which I don't quite understand. Obviously Weinstein Entertainment has a special deal with Blockbuster. But Summit Entertainment handles some pretty big pictures -- with theatrical distribution. They seem to go through Universal or Weinstein in the US. Also, Peace Arch Entertainment is a pretty big film/tv producer and distributor. And there's MTI Video (which has the Fangoria label). There certainly are a lot fewer names out there than the last time I checked at Blockbuster a number of years ago.
at 11/20/2008 12:13:00 AM

Email ThisBlogThis!Share to TwitterShare to FacebookShare to Pinterest
Labels: Distribution