These are notes on my vampire hunter TV series

You will find them contradictory and arbitrary. But I should give the project a number. I deem it "1103".
_____
There won't be a "Last week on this show" to start the TV show. I know, that's some famous last words for someone who wants the show to be very episodic but also have season-long and series-long character arcs.
_____
Chiaroscuro. No happy Hollywood sunsets or bright days. Manhattan and the outer boroughs are under a permanent eclipse of light when darkness takes the city early with low, grey light.

There is a general unease. The recovery from a world rent from within. Families have been torn apart, children become were-creatures, vampires, or worse. No one knows who to trust anymore. This is a noir New York, paranoid, filled with monsters and dread.

After numerous armed robberies, Gus, the owner of a bodega, hires an eyeless mutant who can see a few minutes into the future to mind the store.
Mediums and Tarot - readers are real now. They really can tell your future.
Casinos hire witches to ward off spells and charms of gamblers.
Airplanes don't work without witches onboard to keep them aloft. Boats and trains are the preferred transportation.
_____
It all happened one night. Over a period of about 5 hours, computers ceased to work, friends, lovers, family, turned into vampires, werewolves, and worse. People saw their loved ones kill their own children. About a quarter of the population changed. They killed another quarter of the population. And now the world lives in an uneasy truce with itself.
Of those who aren't out-and-out changed, about half experience some kind of extra sensory perception.
_____
COPS. You notice how after they make an arrest the police on that show have the smoothest bedside manner? I know it's to get suspects to talk and to not make their lives more difficult but it's a brilliant piece of antidrama. It's all about defusing a situation rather than making it more dramatic.
_____ 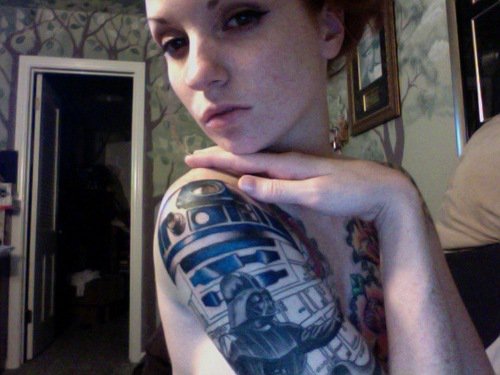 Email ThisBlogThis!Share to TwitterShare to FacebookShare to Pinterest
Labels: 1103

The Firefly DVDs also make good reference material when planning a low-budget sci-fi project. Ooh... and now you can get 'em on Blu-ray for the same price as the DVDs. Nice.

I don't actually own a Blu-ray player though so... er... I'm part of the problem.

Maybe I should send you my DVDs. Then I'd have an excuse to get the Blu-rays!

Yes, you should have sent me your DVD's. But now I've gone and ordered them from Amazon. Oh well! ;-)