A Day in the Life

A hundred drops in 90 days. I rolled to the bottom of Hill 623 only to find my Sergeant kicking the alien equivalent of a jeep over and over again. There were a half-dozen aliens lined up on their knees with their long hands clasped around their heads.
I ask the sarge what's wrong and he just keeps kicking the jeep over and over again while the aliens look at one another. Sarge just starts yelling in Spanish, which I can't understand.
One of the aliens looks at me and I look back. The alien says "Do you say 'he says' or 'he said'?"
I tell him that the sergeant is still yelling at the jeep, so probably "he says" is correct.
"He says he does not like the matriarch of..." The alien breaks off in confusion. "I'm not sure if he's talking about the vehicle, me, or you."
"All three of us, I'd guess."
The sergeant starts to smash the windows on the side of the jeep with the butt of his flechette rifle. The metal-laced safety glass splinters but doesn't really do anything that satisfying, which only makes him angrier with it. 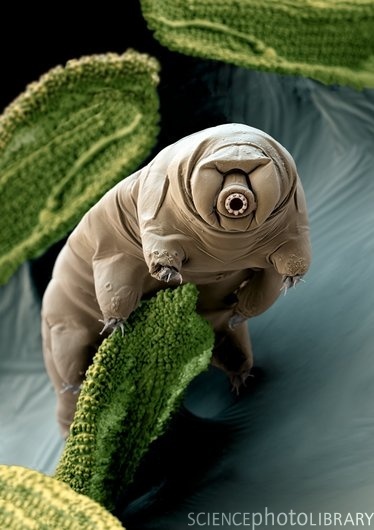 I ignore him as his rant breaks into shouts "Madre madre madre!" or something like that (like I said, I don't know Spanish and he was wearing his helmet with comm off). So anyway I break out the rings we use to throw around the necks of the prisoners -- they have little transmitters on them which supposedly keep any of us from shooting at them for about 15 hours until we're off-planet. Which would be a real good trick except that even at this range the xmits aren't showing up on my grid and I'm right on freakin' top of them.
+++++
The pale green sun of this planet (X01556 — I had to look it up) made everything look like it was in a hospital. But you know, with a dirt floor and a sky instead of ceiling. I just started to wonder where my own squad was when two blue blips showed up on the HUD and it's Johnson and Russell.
"You see Ozawa or Martins?" I say to them.
Johnson, who used to be in my squad but ended up in Sarge's because they kept losing heavy weapons guys, looked at me like I was the insane one. "What the hell is Sarge...?" He just stops and doesn't know what to say.
"He's angry with the bug Jeep." I say, like it's obvious.
Russell walks over to the Sarge. I can tell he's going to open his big mouth and say something stupid.
"Sarge -- you want us to blow up this Jeep?"
The Sergeant stops yelling for a moment and stares at Russell, slack-jawed. Russell, like a buffoon, actually reaches around and grabs one of the big thermal grenades he likes to carry — like he's going to show it to the Sergeant and Sarge will say "Yeah, that's a great idea, let's do that!" Instead Sarge predictably turns back to the vehicle and starts to kick it again, and again, making big dents in the side of its ceramic armor.