We have lock on the picture of Prometheus Trap. We have been going so fast that nobody has actually watched the entire movie in one pass from beginning to end.
But the big issue we're having is that Final Cut Pro renders... arbitrarily. Sometimes sections of the movie are just rendered with the highlights down about a stop or so. I suspect it's the way the broadcast limiter plugin works (or doesn't work). If we re-render the problem goes away.
This is pretty obnoxious. And it means we're making pre-renders with color-correction and broadcast limiting so that we can feel reasonably confident that when we render the pre-renders the movie will actually look right.
Turns out that putting the Proc Amp on the nested acts might help. We'll know better late tonight if that's actually true. 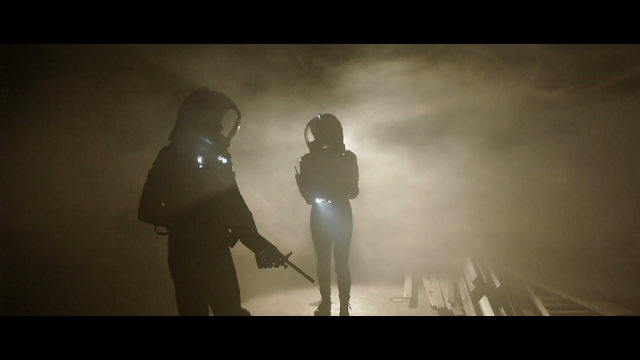 New thing we're starting to do: delivering in 24-bit. The digital audio is 24-bit 48kHz all the way from production sound through OMF through mixing to deliverables. Does it make any different to the quality of the whole movie? Not that anyone can hear I'm sure. After all, we're smashing the dialog into all kinds of limiters (after noise reduction). But it feels better to be doing 24-bit rather than 16-bit.

This movie goes in FedEx for Saturday delivery. Oof!