So, y'know, I wrote this book. And... it's not perfect.
By that I mean I really should go through and do something about a few typos in it. Maybe clean up a couple logic problems. That sort of thing. Apparently I even have an "its/it's" error in there.
Oops.
A strange thing with doing stuff with CreateSpace is that I can fix those errors and re-upload them. By "strange" I mean "awesome".
Doing a regular spell check on the book didn't occur to me as there are a tremendous number of non-real words in it. I think one city name is G n'dar or some such thing. So it made me real used to seeing squiggly red underlines in the text.
My interest in the book was more about getting it done than getting it perfect. This is a part of my personality which probably explains why I make so many movies. I'm willing to let go, just in order to say "it's done".
Which doesn't mean that quality doesn't take some kind of hit. Because it does. But the fact is there's a law of diminishing returns on the quality the longer you sit on a project. Yes, I'll fix some typos in Six Easy Days and if you were to get the book sometime maybe next week it'll be less on a losing streak. But not by much.
And it's real easy, I mean really easy, to get locked in a loop where you keep trying to make whatever you're doing incrementally better and you just don't end up finishing so you've made nothing at all. 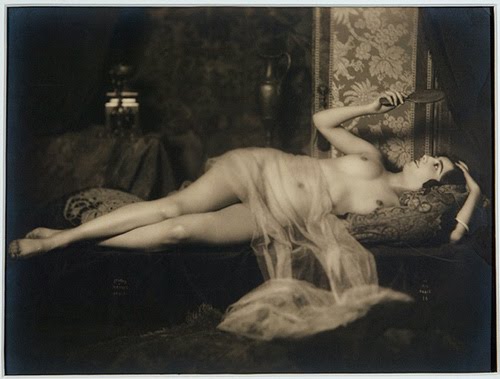 I'm not saying my way is better. In fact, I'm very well suggesting my way is not as good. Really the only quality advantage is that I've learned much about that very end of a project which is, indeed, the finishing of it. Those last few steps of getting a big project finished are things one does need to practice if one is to do them well. So maybe now that I've learned a bit more about those things I'll be better at it next time.
Well, you know, "maybe."
at 2/12/2013 05:22:00 PM