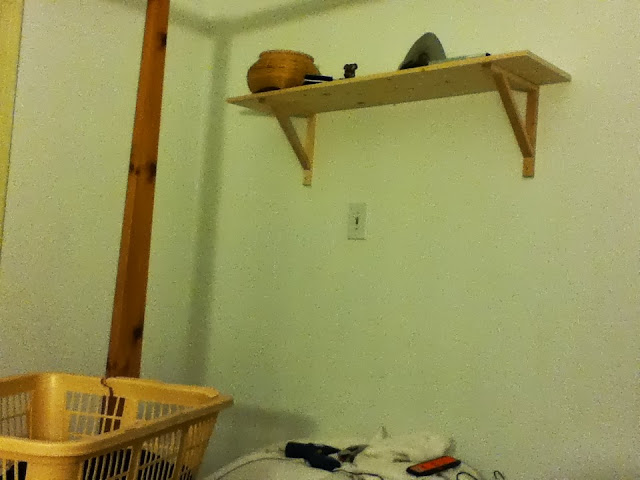 The first one up wherein I learned that there is a brick wall behind this 1/2" sheetrock and, as far as I can tell, either no studs at all (neither the gazillion pilot holes or the stud finder could find them) or very thin strips of wood mounted to the brick which the sheet rock is attached to. 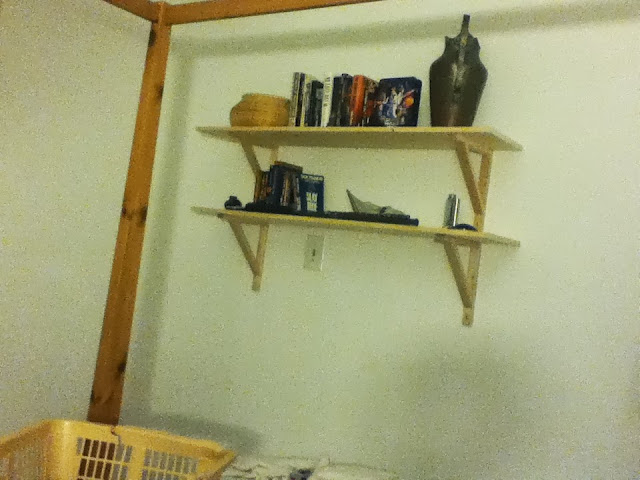 With more deranged perspective you can see that both these shelves are drilled into sheetrock and maybe have a small hold on some thin wood. The screws have damaged some of the red brick too, I'm sure.
Other than tearing out the wall and starting again, I have no idea at all how to mount these the "right" way.
In the fantasy world I inhabit: just as long as I keep significant weight off these shelves they'll serve for books and suchwise.
*Please believe that. It makes my life so much more interesting.
at 9/02/2013 03:19:00 AM