This rehearsal was Lou, Greg, Lily, and me. No Ethan, ergo, no Stick.
Now. I've been putting a lot of effort over the last year to record drums well. And you know what? I've given up. At first I was trying to do a 2-mic setup, then I moved to 3 thinking I was gonna be all avant and cool and everything. But then I got so many complaints -- and honestly, I couldn't get the toms to have that big sound without miking them individually. So we now have mics on the kick, snare, both toms, and two for overheads. 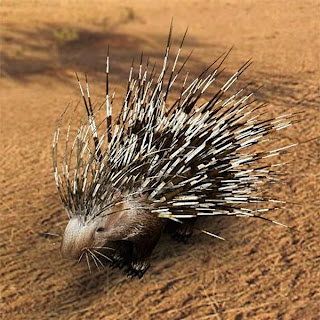 And I don't know if it's just been that I've been influenced by Dave and Lou but I'm not happy with the sound of the drum kit. Even now that there's a metal Ludwig snare it's still... meh.
So like I said, I've given up. We throw cheap mics on the kick, snare, and two toms. And they just go right into the Tascam's mic preamps. And from there they get freakin replaced in software.
The drum replacement plugins out there in the wild are... sweet. I mean they work great. They sound just like you were playing a better drum in the first place. Weirdly, too, when you insert one of those plugins on a track it cleans the track up 100%. I mean, you're not hearing any of the original kick or snare or whatever, the plugin is listening to the track and triggering a sample of appropriate dynamics and such. We used a DW Edge snare drum sample set on this recording. Lou has been telling me how great those snares are. And now we don't have to lay out a couple thousand dollars for one.


Now look, the overheads are recorded with a pair of beautiful large-diaphragm microphones going into Neve 1272 preamps. You can't get much better than that. And I'm free to make the overheads sound good rather than trying to balance the compression of the toms with the airiness of the cymbals.
But the drums themselves? Forget it. I'm done with drums. When they can be replaced this easily with drums that are always in tune, don't buzz, whose snares don't rattle constantly, that aren't affected by the humidity, and aren't creaking randomly then I'm all agog with the replacement.
Now bass. Bass we did something different with. The thing with bass is that we can hear the articulation nicely in the headphones but we lose the nice punch-in-the-chest of the low end of the instrument. Now back in the day when I was trying (foolishly, as it turns out) to record drums, I wanted the bass to be direct so that any processing to the bass didn't affect the drum sound. But now that doesn't matter. So I'm no longer on the bass DI crack pipe. It's nice to be clean.
We have this nice fretless Jazz bass which Ethan lent. And the rehearsal studio now has a beautiful tweed Fender Bassman reissue in a 4x10 (? I think) cabinet. So Lily plugs directly into that and it sounds... wonderful. I mean it sounds great. We throw a Rode NT1 on it (just draping it over the handle) and go right into a Neve 1272. It's a monster.
Halfway through rehearsal we decided to put the FatMan limiter on the bass' output of the computer which feeds the headphone mixer. This was met with much rejoicing.
I still have a pair of the Lindell preamps. And I'm still wondering what we want to do with Greg's guitar. Right now it's going from an SM58 into one of the Tascam's preamps. I've put it through the Neves and I've put it through the Lindells and so far the Tascam's have made me feel more, er, something. I have no idea.
Maybe I'll break out the Apogee Mini-me and use its preamps for guitar and for part of the Stick. Or something. I'll have to sleep on it.
Now note that this recording is just a rehearsal. This isn't for regular humans to listen to, just us. But if you want to hear what too much compression sounds like, listen to the last track -- the turbo weasel version. The bass is having a party through an LA2 emulator and most all the rest of the instruments are getting smacked real good with 1176 compression emulation. Those emulators sound sweet boy. And I like them better than the Fairchild, which actually doesn't do that much for a Drew.
One day I'm going to need a vastly more powerful laptop computer.
at 9/05/2013 08:00:00 PM