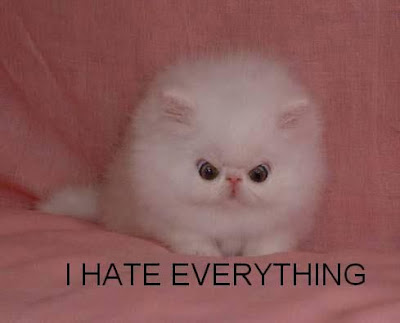 Look, I'm arguing with some pretty smart people on this one. But I just gotta say: predictions about the future are always wrong.

Show me one accurate prediction about the future. In it you will find that the "accuracy" was only a random happenstance. I mean, unless you're Maynard Keynes.

The Internet is the future of media? I've been hearing that for a good 15 years now. Who's actually watched a movie on the Internet? I've watched two so far. It sucks. You wanna watch one? Go to FearNet. Have a great time. Actually, have a really great time. I wanna work for them.

Marc Andreessen implies that we won't even be watching full-length things while sitting down anymore because the old dinosaur of Hollywood is falling to the new model of "venture capital". Of course, 1. we're still using dramatic forms the ancient Greeks used, and 2. nobody's actually making money with this new model yet. That, in an of itself, doesn't mean the new model won't happen, but we've certainly been wrong up until now.

The subheading on Marc's blog is "Often wrong, never in doubt."

Actually, the likelihood of one's being wrong is in exact proportion to how little one doubts. For instance, remember the predictions of how the Iraq war was going to be a cakewalk? Same thing. The ideologues were certain it would be easy and everything would be fine, and the actual thinking people were all like: "Uh, I dunno... there's a few ethnic groups in Iraq who have historically had problems and it doesn't seem like as much as they might not like the current government that they'll be happy under American military rule and um..."

And, of course, those with doubts and qualms were right. More right, as it turned out, than they could possibly believe. Those who were wrong (the ideologues) looked for other people to blame.

Actually, KungFu Monkey argues much about how it ain't gonna be quite like Andreessen says. He has a more advanced theory.

Note too that the big six studios (and, oddly, through the history of the studios there have always been six) have been through this before: television and the anti-trust which made it so they couldn't own theaters anymore was thought to be their death knell until they figured out how to make money with it (first by using the FinSyn rules to make it so they could produce TV for the networks, and then when FinSyn was relaxed, to just go ahead and buy the networks.)

The death of the studios has been predicted as being imminent for about 50 years (certainly since the advent of TV in the first place).

Me? I won't look ahead more than, oh, say 2 years. And even then with the ups and downs of the AFM that might be looking ahead too far.

If I had an editor and a research department my thesis here would be super - sound. Just you wait.

OK, rant mode=off. I'll just attach a picture of a bunny or a kitten or something.

P.S. It's not just the quality of the camera or the sound gear which provides the high barrier to entry in the movie/TV world for the no-budget "guerrilla" filmmakers, it's the quality of the people working them. You want the dialog to not sound like a home movie? You have to have a good boom operator and a good dialog editor. Those people continue to be expensive because their work is difficult, specialized, technical, and absolutely critical to the quality of the work. The gear has always been "free", it's been how good the production and post-production people are which dictates whether the movie seems like junk or not.