You know who's better than I am about publicity? Project London, that's who. Look at how many followers they have! I can't wait to see the movie. 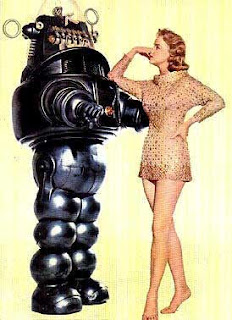 I have an Earthwar question:
When his wife turns to him and tells him "I'm so hungry" should we jump-cut to her attacking him, jump-cut to her tied in a chair, jump-cut to outside the building and we see a flash of light and the report of a blaster set to Full?
Or does Morgan show up and restrain her?
It'll determine how we go merrily into act III. And yes, another movie with a dead wife in it. She isn't holographic this time.
I suspect there's too much stuff in this movie. We might get rid of the Android. Heck, we might get rid of the witch and just make her a soldier. Or the other way around. Or both. Simplify simplify. We're keeping the digital cat though...
at 10/22/2010 12:09:00 PM