I've been watching a bunch of stuff on Hulu of late. And doing so, I'm wearing headphones. And wearing headphones means I can hear all the clothing rustle on body-mics which used to drive me absolutely bonkers back when I was a production sound mixer.
The funny thing is, the people who complain the most about body mics are the production sound mixers (and the poor boom operators who are frequently responsible for placing them). Dialog editors, on a show where they sound crew really fought to keep the clothing noise from being a problem, don't have so much a problem with them. And honestly it's fairly easy to mix body-mics.

But of course, production sound mixers, boom operators, and, well, me watching on Hulu, are pretty much the only times a pro listens to body mics on headphones. 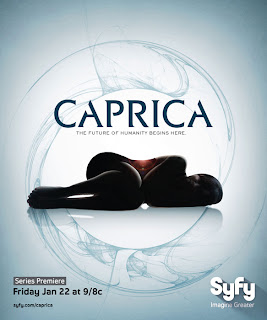 Now on set it's very very difficult to get body mics to be hidden on a person and pick up their dialog nicely and otherwise not rub against any clothing. With women wearing bras my first choice is to put the mic on the inside of the bra right at the "cross your heart" part dead in the center of the bra. Normally that part of the bra does not actually touch skin and is not rubbing against whatever the actress is wearing.
Men, on the other hand, are frequently nightmares. I asked a semi-famous actor once what the sound team on his TV show did with him when his costume was just a T-shirt. He told me that the sound guy would send him back to wardrobe and insist they put a sleeveless undershirt below the T-shirt. Of course, if your character is only wearing a "wife-beater" then you can just forget it. You're taping the mic directly to a piece of moleskin which is on his skin and you're hoping it doesn't show through the shirt.
For the last few years I've all but given up on wireless lavs on Pandora Machine shows. We've used them maybe... twice(?) on Day 2.
Back in the day Sebastian was the king of micing men. I have no idea what he did. A couple pieces of tape and the mic would sound great -- no rubbing on shirts, jackets, ties. And Alexandra was great with women. But ultimately nowadays all Pandora Machine pictures are done primarily with an Oktava hypercardioid mic about 18" from the actors' mouths. Directly into a Sound Devices 702 mixer. And the dialog is easy and great. No muss, no fuss.
at 10/11/2010 11:35:00 PM

Yep, me too. All about the booming, even though my sound guy wishes I'd use his lavs...

Well hey, if he doesn't mind being responsible for making sure they sound good all the time (and he can do it) I say let him!