Ripping off the Rippers

So there are all these sites with ripped versions of the Battle: New York Day 2 DVD on them. I have a Google Alert set up to send me everything with "Battle: New York" in it and I'm getting like 10 a day now.
Am I allowed to just think it's funny that rippers post stills from the movie 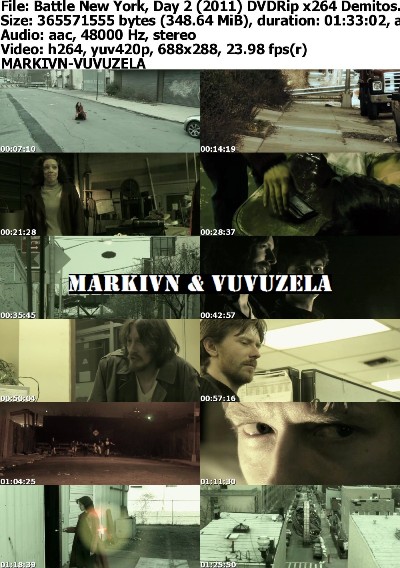 and then watermark the stills -- you know, so people don't rip them off?
Everyone gets the irony there, right? It's not just me then.
Also, are these stills arbitrary? Or are they really selects?
Another question I have is: who issues the takedown notices? I suspect that technically that's our distributor(s). I have no idea. Maybe they just want people to download the movie often so that the servers go down.
at 10/10/2011 09:20:00 AM