So Wait, Why is Theatresource Closing?

This is an amalgam of six different conversations.
+++++
Q. So really, why would you be on the Board of Theatresource if you think the theater itself should close?
A. I dunno. Why wouldn't you just resign? Well, unless you wanted to keep the tax-exempt corporation for whatever you want to do with it.
Q. I feel kind of snookered having come in for a couple days of loading out deep storage only to have the Board of Directors of Theatresource close the theater.
A. Uh. Yeah.
Q. I mean, they had to have known that's what they were going to do by then, right?
A. In retrospect it seems they had a pretty good idea that we were going to be closing the doors by the time we were pulling everything out of deep storage. But they didn't say anything.
Q. So, explain to me again why would people be on the Board of Directors of an organization they want to close?
A. Well, the 501C(3) is valuable. And they're certainly trying to salvage that. That's the only rational reason I can think of.
Q. I ran into one of the former General Managers of Theatresource on the street last night. The GM said "I hear you're going to close." I said "yeah". GM: "They told me they were going to close about two weeks after hiring me, too."
A. Ha! Yes. Indeed. We have been in exactly this same place before.
Q. So, I've spoken to three members of the Board of Directors and gotten four different answers about the financials.
A. Welcome to the club. I'm only two for three though. So you win.
Q. Now Drew, you're actually there six days a week. And although I've seen the pathetic state of your financials [editor's note -- "Ahem"], you do know something about reading a balance sheet. So what's going on?
A. The financials are such that we owe about $50,000 and we have additional revenue needs of between $25,000 and $35,000 per year over what we make in rentals, ticket sales, donations, and grants. Well, that was the number offered by the Board President. Honestly, I think we need an additional $50,000 to $100,000 a year to really run smoothly.
Q. Uh. That, in the greater scheme of things, doesn't sound like that much money.
A. No, it doesn't. 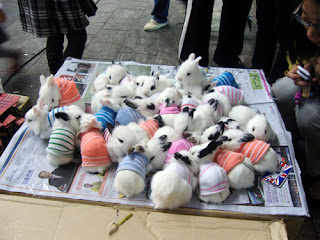 Q. So why don't we just raise the money and come up with a plan to stay open?
A. Because even if someone were to come up with that money. the Board would close Theatresource and just be a producing organization without a theater.
Q. No way, really? People have offered to come up with money and were turned down?
A. Yup. This has been stated explicitly by the President of the Board of Directors, Courtney Birnbaum ( cbirnbaum@ctswlaw.com ).
Q. So. Uh. Wait. Why?
A. I haven't gotten a rational explanation from anyone. I can't find an actual rational reason to deliberately close Theatresource (note that the Board will claim that they're not closing "Theatresouce" because they intend to use the 501C(3) in order to produce at other theaters.)
Q. What. The...?
A. A little history is perhaps in order. A long long time ago, two regimes ago in fact, Lanie and Jim were paid by 1099. Actually, knowing the people who where on the Board at the time I'm surprised that didn't raise any red flags. That, honestly, was incredibly, incredibly, stupid. After Lanie and Jim were pushed out, Jim filed for Unemployment.
Q. Uh oh.
A. So the State came down on Theatresouce. Theatresource wasn't paying into S.U.I. for the employees.
Q. Oops. How much was that?
A. Somewhere in the realm of $50,000 in fines. I believe that got negotiated down but we did have to pay off a big chunk of money for S.U.I.
Q. OK, so that adventure with malfeasance is over with?
A. That's probably just misfeasance. But yes, it is. In the meantime, however, we ended up being a few months behind on the rent.
Q. And that's when the New York City Marshal showed up?
A. Yeah. That wasn't quite as romantic as you'd think. He just handed me some papers and left.
Q. You got served?
A. But it wasn't nearly as much fun as they used to show on Simon and Simon...
Q. So now what? A dude on Facebook said something about filing an Appeal to the Board...
A. Yes. That was interesting. I haven't seen the Bylaws of Theatresource. I've been looking. We'll see what's possible that way too.
Q. Too? Wait. What do you have up your sleeve?
A. Have you seen these bunnies?
Q. Seriously.
A. Well, provided that there's no viable way to take over the board before they close the space, there's another alternative if we want to keep the space.
Q. You're teasing me. Stop it.
A. Next post. This one is getting too long.
at 10/29/2011 02:33:00 PM