So the Board of Directors at Manhattan TheatreSource has decided to close Theatresource on January 1, 2012
Wait. Why? Don't they decide that once every few years?
Yes. The official reason is that we're about $50,000 in debt and we'll need about $25,000 to $35,000 more in donations per year than we're getting right now. And the Board is tired of trying to raise money.
So they're bored of being on the Board?
That's what I've been told.
Why don't they just resign and let someone else do it?
You got me.
Aren't we always about $50,000 in debt?
We've been as much as $100,000 in debt.
So this is exactly like the last three times the Board has said we have to close down Theatresource?
Yes, except that this time they've ordered that we cancel all bookings after January 1st, 2012.
Oh. So they're actually scuttling Theatresource.
Yep.
They're making sure the theater can't possibly survive. How far ahead do we have bookings?
There are bookings up until May.
OK, let me get this straight. This time we're actually far less in debt and we have far more bookings than the last time there was an "emergency" and we had to close.
Yup. That was two years ago.
So it doesn't matter what anybody does in order to come up with cash to meet our deficit and to bring in more revenue next year, the board is guaranteeing that we close.
That describes it very well.
Why are they even on the Board of Directors? If you don't want to do the job of being on the Board (which is mostly the job of raising cash) why even do it?
I dunno, why don't you ask them?
How can we make another $30K or so a year?
Well, we could charge people $300/year to be a "member" of the Theatresource company. If we had 100 members, that would do it.
There are a bunch of theaters that work that way, aren't there?
Yes.
So what's being planned for the 501c3?
As far as I can tell, there are a number of members of the Board who are very interested in losing the brick-and-mortar Theatresource and are interested in just being a producing organization.
Oh, so they're scuttling the Source so they can start their little empire?
I didn't say that.
Is it ironic that this closing is happening right when we've gotten a new General Manager?
It certainly is. We spent two years chasing away theater companies and now we're surprised that we don't have a lot of theater companies chomping at the bit to get in here.
What's your take on the Board's decision? 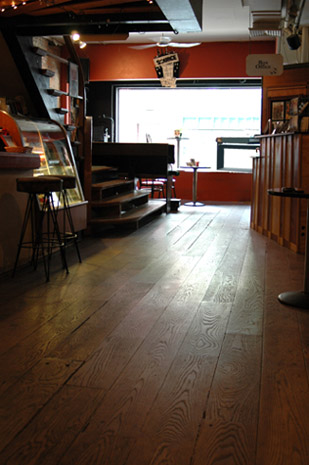 It seems that they've gotten tired of running Theatresource. The problems are the same as they've always been, there's nothing new here.
So, again, why don't the members of the Board who want to close the theater simply resign rather than scuttling the theater?
Again, you got me.
Who is on the Board?
Courtney Birnbaum, cbirnbaum@ctswlaw.com
Andrew Frank, andrewifrank@gmail.com
Eric Laufer, elaufer@gmail.com
Melissa Riker,
Doug Silver.
Executive Director Jennifer Thatcher, jenthat@gmail.com

My condolences Andrew, but BRAVO for your performance dealing with your inner demons and questions!!!
:)

Thanks Penny! Of course, being a movie director I have to say "We're not dead 'till I SAY we're dead!" ;-)

So I'll keep tap-dancing good thoughts your way until I hear you yell "CUT!"
(Or, you know, until I get winded...)