You know, if you can do a solid 40 minutes a day of actual concentrated work, you're probably ahead of the game compared to most people out there.
If you were to do three 40-minute sessions you'd be Productivity Royalty.
Really.
Pretend you're a writer. Or wait. OK. So you're a writer. If you really wrote for 40 minutes a day -- that's a good 20 pages a day. Right? But you know how freakin' hard that is. That's a feature-length screenplay every week. That's all-but-impossible. And everyone knows it. It's really really hard on your brain. Many writers give themselves fancy schedules and rituals in order to give their brains a break so they can do the work.
There are lots of ways to give your brain a break. Let me tell you, back in the olden days when I was doing audio for broadcast -- that was some very technical and involved work which I could delve my little brain into and it had nothing to do with the parts of my brain I use to make movies. Which is cool. And then when I was done doing a weeklong broadcast job, I was more than ready to work on movies.
Nowadays I flop between movie things and music things. That's kind of the best of both worlds actually.
But that's longer-term. Here I'm talking about what one does over the course of an hour:
I've become more and more a fan of the cigarette break.
I'm not a fan of cigarettes, or of smoking. But that break once and hour -- to walk around, do something (or nothing) -- now that's a good idea. Take a cigarette break but, you know, without actually smoking. Just a few minutes loitering outside your place of work. I think you'll find it works out for you.
When you're doing focussed work it seems to me your brain has to get a "relaxing time". Go chat around the equivalent of the water cooler. Even better, do all the things that smokers do for a break: walk outside, get a little sunshine, take a look around.
Back in the olden days if a smoker just sat at their desk while continuing to do the same work -- I think that didn't work out so great for their brains. But this thing where once an hour or two you get up and leave your office to go stand somewhere else? That's a good idea. I think. To me. Just do it, you know, without actually smoking.
Even the New York Times thinks you shouldn't just sit around. Not all day at least.
Now it doesn't seem that Facebooking and Twittering (and, for that matter, blogging) are bad for your productivity. But in addition to those things, you might think about just getting up and walking around for five minutes or maybe 10 minutes every hour. 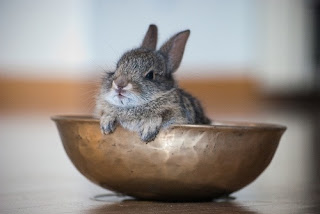 Where'd you get your crazy numbers? If you're doing 20 pages in 40 minutes, they're TERRIBLE pages. Most writers I know are happy with 5-10 pages a day, and that's an 8 hour day...

Yes... that was supposed to be my point. What I meant was the actual act of writing 20 pages takes about 40 minutes. But you spend two days getting that 40 minutes of work out of yourself.
Writers have all kinds of rituals (usually, it seems, getting up early and doing their serious writing first thing(?) in order to get what is arguably 40 minutes of work done a day.
My point here is that if you're going to get 40 minutes of work done, you need to get up and walk around.