Another Day on the Ground

The first time you bleed it's terrifying. You've seen guys get cut or just bite their lips when eating and it creeps you out. There was that dude everyone called Snowwhite who skinned his knee and he just kept looking down at the injury with his mouth dropped open like somehow wisdom was going to land on his lower jaw.
The bright green blood looks (and tastes) like antifreeze. Somehow they make your skin a color that isn't turned all verdant and neon even though your blood practically glows in the dark.
And you heal quickly, man. The Sergeant is yelling at somebody to get Snowwhite a nappy - wipe just to clean himself off because the green blood clots instantly with air contact. Then the antibiotics kick in -- all local stuff we're reassured by the med 'bots that check us over each day. We don't have to worry about coming down with some sort of exotic virus because our whole bodies are anti-virus hardware.
But in the field you don't care anymore. Not in II Corps at least. There's a slice through your skin and you curse silently as the wound heals itself. But some blood and maybe some bone splattered on the rock you were standing on. You do a quick calculation in your head of how many calories you'll need to consume to get back to strength. 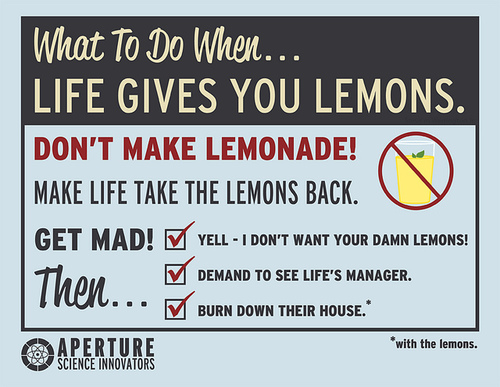 And that's the whole trick. Food is heavy. Food is expensive. And food comes from very, very far away. This half-bit planet only got its Terraforming generators up and operational 6 months ago which means you can't even leave the valley you're in without a full void suit. There's air, sure. But nothing like water or food will be here for another eight years. Nothing you can actually eat or drink at least.
So you sit down and wait for your ride. The low hum of a armored deuce drops its gear and the hatch opens. The side-door gunner waves you in and you squeeze in next to him. The pilot is a Skinny -- full-on dude must be about 9 foot high and weigh half what you weigh. He waves to you in that goofy "I'm on your side, bud, don't shoot me!" smile as his eyes roll up into his head and you think do you want to be on this thing?
But the Skinny pilot is good -- that's why they have him after all.
The gunner tries to talk to you -- he sees that you've been hit -- but you're too tired and you can't hear him over the disrupter engine so your own eyes roll into your head probably just like the Skinny pilots and you Sleep with a capital S sleep for a couple days while your own body re-assembles the lower half of your left leg.
at 4/02/2012 11:12:00 PM