It Could Be My Lack of Self Respect

We're having a table read of The Prometheus Trap tonight. We're going to Skype in Steve Niles, who wrote it.
I won't wear my new Jonathan E shirt because, you know, I don't want the sexiness to intimidate anyone.
So, so few people will get the joke. 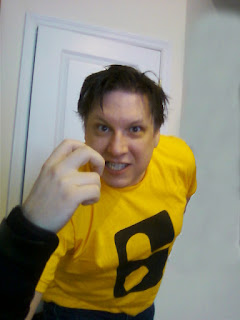 Why doesn't anyone make hard sci-fi movies? Reddit has the answer. 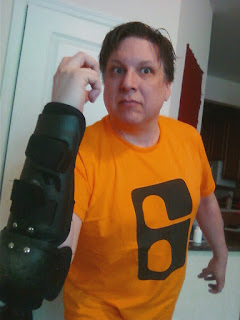 The crackberry that took this picture obviously hates the orange color of the Houston Energy. It wants to make the color more yellow for some reason. Of course, when it does that the skin tones are more natural. Go figure. 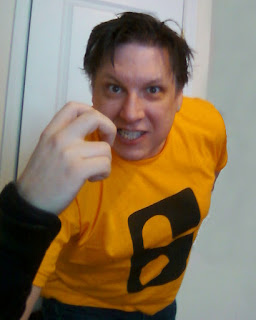 Ha! Yeah. I didn't have proper arm-guards for these pictures. ;-)