First day of principal photography of Steve Niles' The Prometheus Trap will be on April 15th.
We have what will be a relatively short day shooting in the small cockpit of the Venom.
The only character on that set will be Finn (Phoebus) — Michael Shattner. 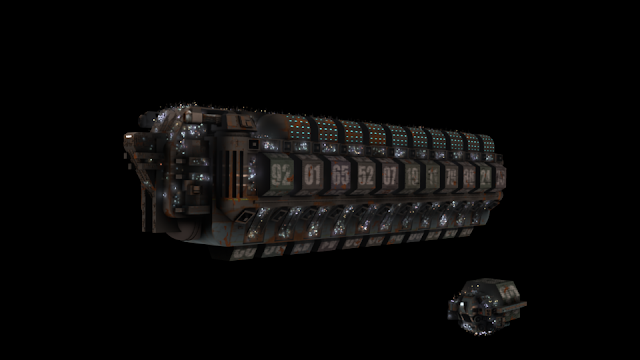 WE DO NOT UNDERSTAND HOW THE MOVIE ENDS YET. Yes. I know. Blame the director. We will shoot a couple options which include Finn going to the Venom cockpit and remotely operating the Hercules gun (which is what we're calling the "Big Gun" or the "Earthkiller".) We don't know what the big gun looks like. We don't know where it is or where it will be.

We need to know if we should have another version of the costume Michael wears for when he is "hit". How do we show that? Is he just hit on the face? What do we do? Who has thoughts about this?