Today we had a table read of The Prometheus Trap. All the actors were there. Steve Niles was able to Skype in. It was all good times.
We don't usually do a table read. We don't typically have rehearsals before we get to the shooting stage. So it was fun to be able to do a read-through. Folks got to see the helmets and look at the radios and see costume pieces. 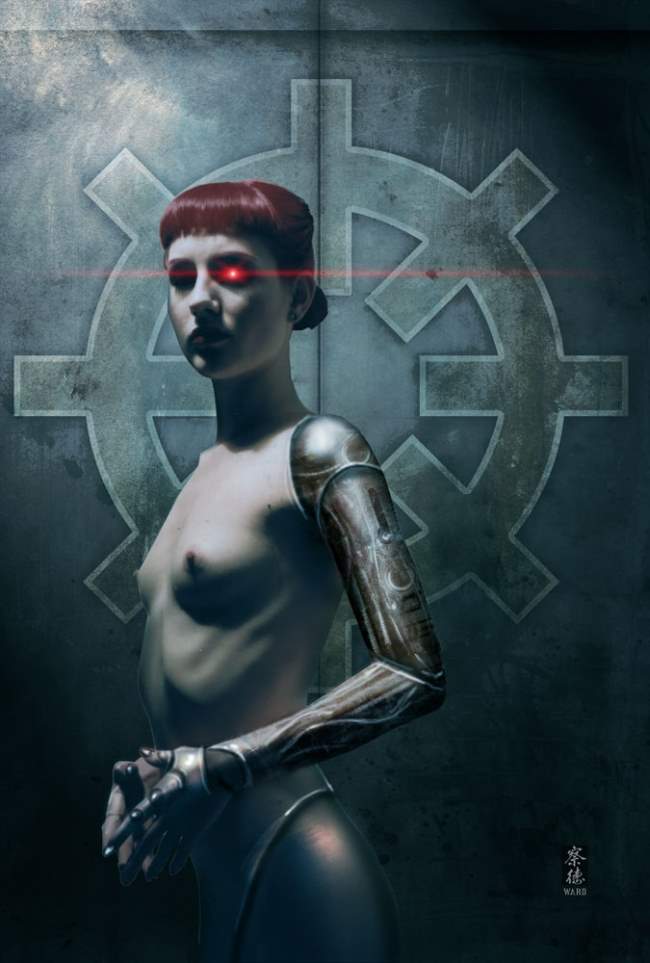 John and Craig talk about different color drafts and the naming conventions of scenes in locked scripts. These are all things we absolutely do not do. We don't change colors and we don't put letters in scene names.
The letters in scene names has always irritated me because shot names are typically lettered. So if you have scene 45, your first setup is 45 A. Dig? But if you end up putting a scene between 45 and 46 then you end up with scene 45A A. And that's gonna get ugly real fast. Craig, I believe, points out that sometimes that becomes scene A45 A -- not much better in terms of alphabetization and general confusion.

We do it the way people used to write programs in Basic. If you need to insert a scene between 45 and 46, the new scene becomes 45.5. It's clear. It alphabetizes correctly in the computer. Everybody understands it. And 45.5 A is the first setup.

Actually, we don't bother to slate takes with more than the audio take number. We start at 001 and we go to take (about) 600. The editor has to figure out what scene we're doing. It's not that hard to figure out usually.

On using the script vs the footage:

John: [...] Sometimes I get a little bit sad when I go into the editing room and I see, like, “Oh, they assembled the scene based on what was shot, but it is actually…” I don’t know. There is no recognition that, like, oh, it was actually…

And that's exactly why we don't bother taking very detailed notes on-set. First of all, we don't shoot enough footage to warrant extensive notes -- once you get to the edit stage the script itself can become somewhat useless. We try to shoot the whole damn movie but the only way you're going to be able to edit the picture is to sit and watch all the takes -- not read about the takes. You kinda have to make a movie out of what you've got.
The only place where I get a little yowley about wanting to have some documentation is when we do a wild sound take. We can usually find those because they'll be the big long take that has no in and out to picture that's numerically near the other takes in the scene. But it would be nice to have that in a book in the edit room. I mean if we had space on a table to put a whole script.

hahahahahaha
I laugh because of how many crazy looks I get when asked for take numbers. I'm like 45DD-take2 and they're like...what?

I do the letters after the scene number. If I have to add a scene, I will just add a new scene(so if my last scene is 98, the inserted scene becomes 99)--moviemagic has no problem with it. (it all goes to strips anyway, which aren't in scene order)

On set we only call out the sound take:
me: Roll sound
sound person: Rolling take 438
me: Mark it

Maybe we should go to Movie Magic. I'm still boarding in Excel.