So nobody thinks the story in Prometheus is very good. But I keep hearing "It's visually spectacular" or some such nonsense.
It just isn't. No.
Seriously. Can you name a single frame in that movie which stands out?
The Engineers looked plastic. The inside of the Prometheus was meh. The outside of the Prometheus was a Firefly-class ship that escaped from Joss Whedon's universe but with a bland filter on it. The most visually interesting thing in the picture was the Engineer's ship which was from the original Alien.
You know what's visually interesting? 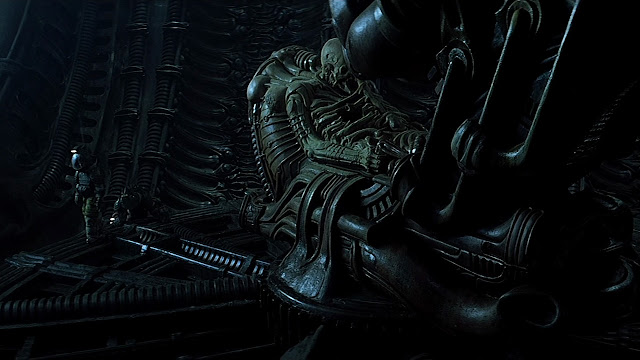 Yeah. I went there. This scene still blows my mind. Ironically, they had to re-create this set for Prometheus. And yet somehow the thing was completely uninspiring in Prometheus.
There. Rant = off