When Steven J Niles did his re-write of the Dragon script, he added a scene where our heroine steals a candy bar. My sister Jeanne and Hanna Garland designed this.
I said "It should be called 'Choco Nom Noms'" because I thought that was an absurd enough name that there would never be another product named that. Plus I may have suggested an elephant. I don't remember.
Now it's making me all hungry. 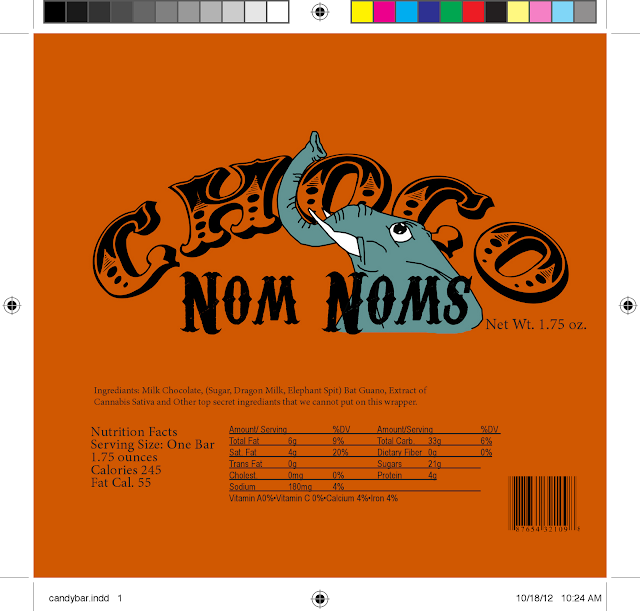 Email ThisBlogThis!Share to TwitterShare to FacebookShare to Pinterest
Labels: 1102

THE ELEPHANT IS AWESOME.