So these faux trailers used in pre-production seem to be hitting the web now. Perhaps some studio's legal department had a change of heart and pressed the OK button on letting these on the YouTubes and such because the clips are "fair use". I have no idea. But they're very interesting to watch. This is the one used for Looper.
Looper clip-o-matic trailer from rcjohnso on Vimeo.
You know, we should really do these. We so don't. But as a thing to describe the tone of a movie they're a really good idea.
Of course it's also possible that our entire movies are nothing more than concept trailers so maybe I should be quiet.
On my GH1 issues: 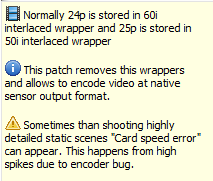 So, uh, this is what was causing the camera to fail on our first day of shooting. Yes, having the camera on a tripod will cause the write error when shooting with a 24p wrapper. That is... sooo intuitive.
So I unhacked the GH1 and didn't have any problems (although we never went on sticks on the second day of shooting).
What's my remaining issue? That dang ARDrone software. Is it recording when the REC light is blinking or when it's solid? And what does the blinking mean? Because I can't reliably get the thing to record such that I understand what I'm doing. So we do multiple takes and check them and... sometimes that works.
at 10/25/2012 11:48:00 AM