I hacked the GH1 camera again. I made it shoot 23.98p so that I wouldn't have to convert from 29.97 when I read the .mts files on a PC.
Also I very modestly upgraded the data rate to 22Mbit. I know that a lot of the Internet screams about the inherently low data rate on the GH1 but that's far from the biggest problem we have. 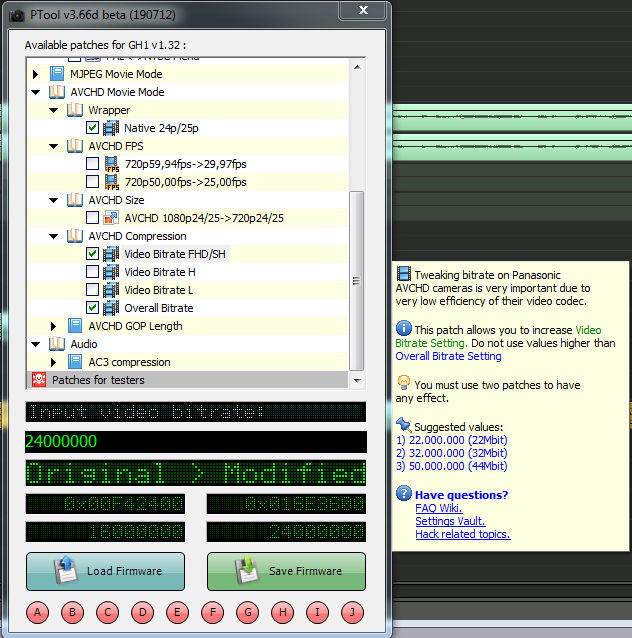 Indeed, the biggest issue we have is the horizontal bands which show up in low-contrast low-exposure areas. And all I did was increase the ISO limit in movie mode to 3200 (which is not conducive to lowering the noise, but I thought it would be amusing.)
Tommy and I went and shot some plates of what will be the evil dude's lair. It's one of the air induction towers for the Holland Tunnel. 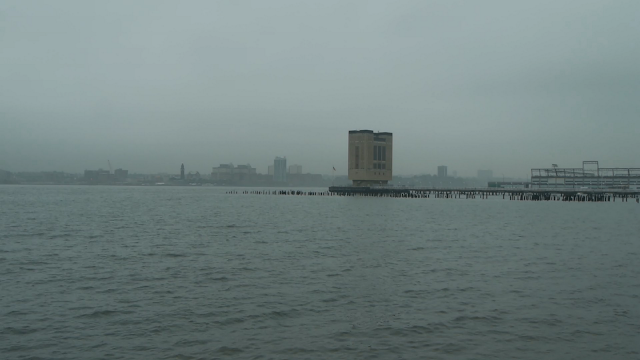 Although it's absurdly humid today the overcast-ed-ness is photographically perfect (that and the fact it's not actually raining.) The above still is taken from the video. Dragons will swoop in. It was tricky to get shots without boat traffic but we did manage to shoot early enough that there weren't any visible lights across the river.
at 10/03/2012 07:49:00 PM

Email ThisBlogThis!Share to TwitterShare to FacebookShare to Pinterest
Labels: 1102, gh1