And that’s the huge difference between TV and movies is that you’re looking at sort of, what is the ongoing week-to-week? What is the engine of the show going to be? Where is it taking us over the course of a season, or five seasons?

The thing about Pandora Machine doing a TV show is that our shtick, as it were, is that we can do things relatively inexpensively. And there really isn't the kind of pressure on TV networks to do things as cheaply as we're able to do them because the cost of putting something on the air is so high that a cost difference of a few hundred thousand dollars (or even a couple million dollars) this way or that does not make a substantive difference in profit. 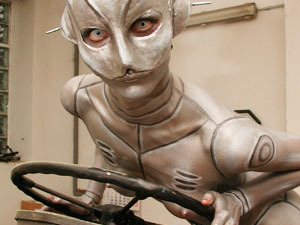