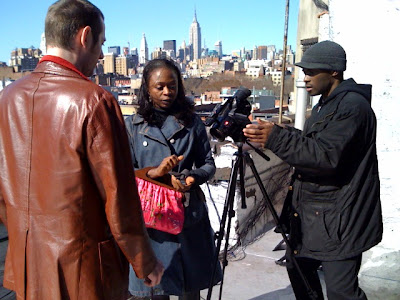 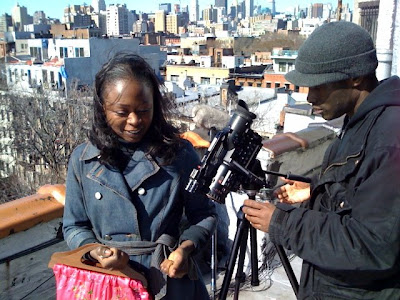 One advantage of Blogger over Wordpress is that Blogger is pretty good at filtering out spam in comments. So that's one reason to stay with Blogger.

Today was a very cold day out on the roof again for Maduka's feature... er, rather I mean short film.

Rik, Zainab, and Maduka. Yep, that's the Empire State Building in the background.

It was quite blustery today. I think I got all my vitamin D for the year. Also, Rik made fun Bacardi and blueberry rum-drinks. So I was feelin' pretty warm despite the wind which almost knocked Zainab over.

Zainab was born in London. I tried to get her into that "what country are you from" question which nobody from whatever country that is can answer.