I'm Leaning Toward the Right 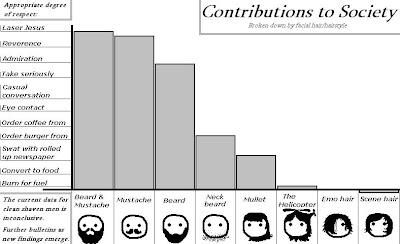 Ha! I hope nobody reads this on a Reader because the title and the above text (not the image) is the entirety of this blog entry to them.

What I'm talking about is that I underexposed a number of shots in Solar Vengeance as a way to religiously preserve the details in highlights. I did this because Stu Maschwitz told me to in The Book. But in the last few weeks I'd become concerned that the amount of noise introduced into the image when the exposure is returned to normal in post is, by and large, unacceptable. It's not that I've done any real damage to any of the images in the movie, I'm just thinking that for future reference I'm going to be less conservative about 100% video levels in background lights and sky (I'm not talking about faces.) If someone's button or brass tack on a epaulet blows out in the specular, I'm going to just not care anymore.

And interestingly, Stu seems to have come to a similar conclusion.

How you expose seems to have more to do with how much shadow area is in the frame you're shooting.

For me, since we're frequently lighting our subjects with a light which is 3/4 behind the subject, with the light source itself at least visible to the camera if not actually blowing right down the lens, it's impossible to not have some part of the image at 100% video (that is if the light hits the subject with enough lumens to actually bring us up to exposure.)
at 3/02/2008 11:47:00 PM