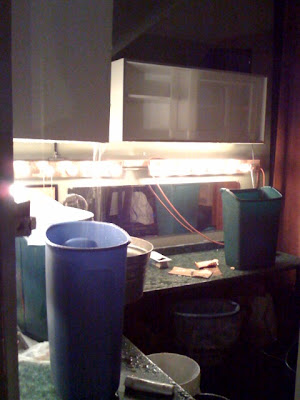 So during the show at Manhattan Theatre Source, some water pipe broke and the stage was flooded. How fun was that?

The audience was asked to go down to the lobby. They were served wine while things got cleaned up. And then they actually re-started the show.