How I Look At Things 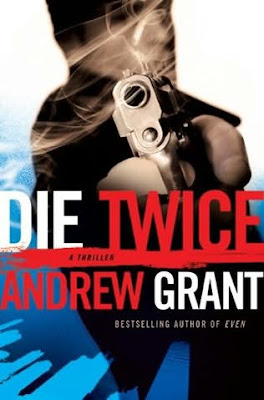 So I read Die Twice by Andrew Grant and it was pretty cool, a good idea with a fun tough-guy character, and a nice first person narrative which does a fun set of flashbacks to the main character's training. But the book... never saw the light of an editor's pen.

Oh boy that's one of my pet peeves. Early on in the book there's a long expository scene and in it one guy tells the other how much their bosses love him because he's just done such a great job. But a couple pages later the same guy explains how the other guy is in trouble for the way he did his last job. During the same conversation. Two completely opposing ideas. Nobody calls him on it. The earlier idea goes nowhere. Nothing.

Now... I know how that happens. You're writing along, you're trying to figure out how these two characters interact and which direction the scene is going in. And you settle on the only way for character one to convince character two to do the things character one wants is to tell him how much trouble he's in. And yeah, that works. But then you have to go back and clean up the bit where he was saying the opposite and it went unremarked or noticed. And yeah, I checked -- it wasn't a case where the character "slipped" (or if it is, then it was a case were the character's reaction to the argument being changed got excised.)