I don't know whether I should post this here or at Puppies and Toast (my politics blog). I'll post it here because "theater" is one of the open topics of Pleasure for the Empire. 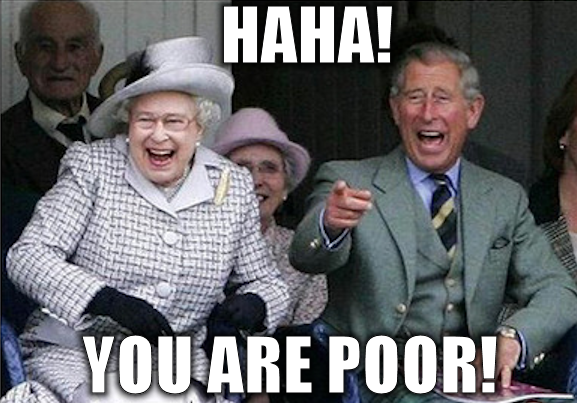 Apparently the average stagehand makes a half-million dollars a year, and they don't have to do any work at all! I mean, what kind of brain-power does it take to move some chairs around and hang some lights? Ha! I mean that's what I read in the paper so it has to be true, right?

Here's an article by the bozo James Ahern of the North Jersey paper the Record from last year about the money stagehands make. It's a very moralistic essay about how arts are suffering yet these stage hands are making so much money. The story was originally "broken" by the New York Times*. And now New Jerseyans, who pay for arts in New York, are paying for these high salaries of workers in these hard economic times when everyone else is taking pay cuts. I mean, everyone except for those at the very top. Those people shouldn't have to take cuts.

Here's a most telling quote from the article:


Gillinson, who doubles as artistic director, was paid $946,581, nearly twice as much as O'Connell, the props manager, but not out of line for top arts executives in Manhattan.

So, certain jobs are perfectly reasonable to be paid well for. But other people making half that are the problem? Why doesn't Ahern ask Gillinson to take a cut in pay?

The article, as many articles do, contradicts its own thesis by the end of it. It goes on to explain that these dudes who make upwards of half-million a year are working from 8am to midnight. My thumbnail estimate of their base pay is that it must be about fifty bucks an hour.

Another thing the article doesn't say is how freakin' hard this work is. I'm sure that's because Mr. Ahern has no idea.

So I'd like to invite Mr. Ahern to come to my little off-off Broadway theater, Manhattan Theatresource, and do a load-in or a strike. We won't work you for 16 hours though. No, we have very easy days and we're used to interns who don't know what they're doing. We will be easy on you.

We'll have you strike the lights (the rented ones, not the ones which are part of the rep plot -- do not screw that up, read the blueprint carefully). Run new cable.
Then hang the new lights for the new show (hey, how long can that take? We're only a 50-seat house, not like Avery Fisher or the Met.)
The floor and the set are waiting for you to finish dealing with the lights overhead so that job has to be done accurately and quickly.
Then you load in and finish the floor and the set. You'll be the most junior member of the crew, so you'll have lots of help doing those things. Just don't break anything, it's all very expensive. And hope that the set designer calculated how big the set pieces should be in order to get them up the stairs and through the door. If not, you'll be cutting them down and re-building them either on the street or in the entrance-way of the theater.
Remember that we have a rehearsal and a run-through tonight and the lighting designer still hasn't focused the lights (which will involve you being up on a ladder in the dark).
And if you are not indeed on the verge of tears, or have run from the building clutching your hands which got burned from neglecting to pay attention to which part of which lights were hot, we will make you the props master on a run of a show. And if you screw up the location of even one of hundreds of props during the short 6-show-a-week run we do, there will be hell to pay.

Then you should wonder if theater professionals should make about $50/hour plus overtime.