So out of the blue, Nat Cassidy and David Ian Lee hand me a brilliant script. The Queen of Mars summed it up this way "It's definitely a Pandora Machine movie." (Hmm... I guess that could be taken two ways...)
It's written to be shot in my dad's warehouse and offices on weekends. There's a groovy little ensemble cast who get picked off one at a time by an evil robot. Big guns. Lesbian androids. Gratuitous lighting. 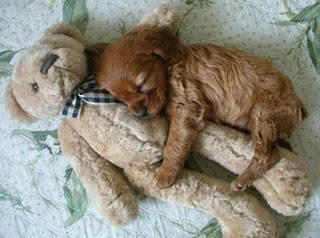 They even wrote a part for a "General Bellware" who is the world's most domineering jerk who calls the shots from behind the scenes. I have no idea why they would name such a character "General Bellware". Nor do I understand that final scene where he's stripped naked and beaten with rubber hoses by "Net Cissily" and "Daniel Even Knee". But I guess I'll figure that out when we get to the stage.
++++
We are delivering Day 2 to the lab tomorrow because our rep tells us we have a south Asian buyer ready to go. I have to make a PAL master and an HD master. I'm only going to deliver four audio tracks even though I have a total of 16. Even so, we'll have to foist those upon a North American buyer.
We're a tad worried because FCP has been rendering weirdly. This is a new issue with version 7. My office-mate Blair said "What, were they bought out by Adobe or Avid and then they released 7 to screw it up?" In any case, we have to be very careful with new renders that we don't have any parts of the movie which are just black...
at 1/25/2011 11:23:00 PM

That's funny, MY Adobe programs are working like a charm with RED footage that I assure you is SOOOO much larger than your files it's mind-blowing! (4K!! Insanity!)

So on the off chance my Adobe starts acting weirdly I'm gonna start saying it's pulling a Final Cut...*

I had such a terrible experience with Premiere and HD files. Opening the project (Solar Vengeance) would take 10 minutes and then I could only do a few edits before it froze. This was with the final color-corrected version of the picture. It put us behind by a couple months.
I ended up exporting the movie in little pieces as image sequences (so that when it inevitably crashed I could just pick up the render from a frame before the crash.)
Thing is, FCP 6 worked really well...

I had minimal problems with CS3--most of the problems appeared to be because I was mixing .movs, .mpgs and .avis in one project.

I have a new computer, pretty powerful, and CS5 and haven't had a problem yet...

The reason I quit Premiere though was entirely because it won't output OMF's. I have no idea why not, I guess it's not worth it to them to put OMF export in there.
The other issue is that Premiere hates it when you import loads and loads of files into the bin. That slows things down considerably.