How I Intend To Trick My Band

You know, when we started Tyrannosaurus Mouse, I said "We have to figure out what we'll wear." People who aren't musicians said "Shouldn't you be more concerned about the music first?"
I told them "No."

And, of course, I was right. The music would come. The real trick is what we look like.
+++++
Tricking the Mouse
Now it's probably true of most bands that the members feel a bit foolish putting on costumes just to play some rock 'n roll. But the cold hard truth of the matter is that the band simply must look like "something" on stage, in videos, or in the picture on the album cover. Which is why, of course, I went to so much trouble getting a psychedelic band jacket.

My second task is to get the other guys to wear stuff which is cool and makes sense aesthetically in the Tyrannosaurus Mouse world. We actually have a fair range of styles we can wear to achieve my vision. There's Hussars jackets, or heck -- anything from the 15th through the 19th Centuries, and whatever variations in-between. 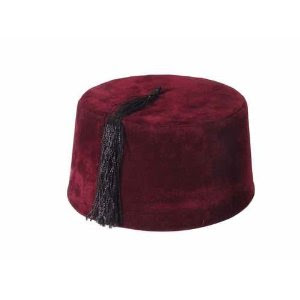 I think I can convince the drummer to go with a subdued steampunk look. A nice shirt (he'd look great with ruffles in the front, but I don't know if I can go that far) and a nice 19th-Century vest. Something like a bar owner might wear in the Old West. Best would be a pocket watch, of course. He's easy to dress because he looks good and even though his natural garb tends to be more casual he'll look so fantastic he'll just have to acquiesce.

The bass player has been talking a game about him wearing a cape, but I have a feeling he may bail out on that idea. Luckily for me I know his wife likes him in rock-star clothing (and he does look good in anything sexygroovyjangly). And he'll do whatever his wife says. So all I need to do is talk to her. I think a cape and a tophat would be perfect on him. Plus I'm totally envious of his ability to grow a mustache.

I don't know how I'm going to get the keyboard player in a fez and smoking jacket. I'm still working on that.

You'd think that the band would make all kinds of noises about what they're willing to wear. But they'll all just talk among themselves about "Is Drew serious about having naked girls dance for Tyrannosaurus Mouse?" Note that the answer to that question is "yes."