We wrapped today at 9:01pm.
We shot MOP (mit out producer).
Only missed two scenes!
We're cutting so much dialog in this picture a fear has been expressed that we're going to have a 45-minute movie.
I've promised to put in a big dialog-heavy scene.

Without a producer I tend to laugh and talk and not get much done. But Tom (!!!) and Libby would scowl at me when I wasn't shooting, so we stayed mostly on schedule. 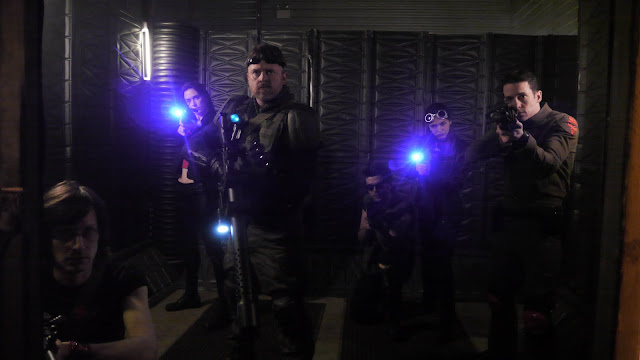 We missed out on one scene because we felt we needed a bigger set for it. And another shot or two we're going to get tomorrow when our android feels like throwing a German-speaking sniper with goggles over her back.
There was Chinese food. Oh and I got some pineapple-infused Skyy vodka. Which I of course had with pineapple.
Later on Joe brought out some orange juice and vodka. 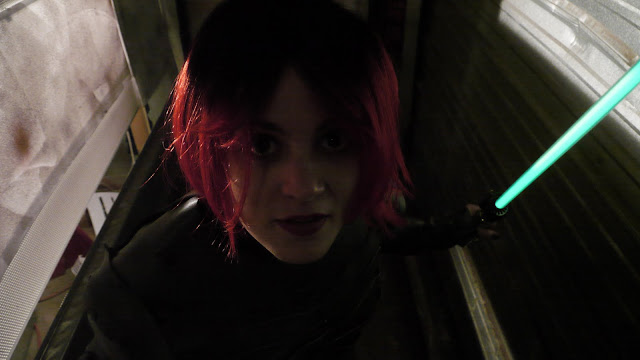 NOOOOOOOOOO! I protest, and exclaim that cutting dialog from scenes only to replace it with one long winded, dialog heavy scene will mean almost certain death for an aliens/ predator mash-up type action movie.

Throw in additional action scenes, extend the credits, make a fancy pants opening montage, torture a character to death, have a gratuitous chase scene, but don't ever lengthen an action movie with dialog.

P.S. I'm really looking forward to being on set again :)

Dude, relax. It's just a joke. Do you think I would actually write anything more?
I mean, an android love scene, sure.

Oh thank god! Now android love scenes are right up my alley. Maybe Yurra needs to get it on with the bid robot to distract it while Foxwell handles business. YEAHHHHH!