The Barber of Pandora

OK, so in my version of events leading up to "0701 Angry Planet" (a/k/a Solar Vengeance) goes like this:

Laura said she wanted to make a Sci-Fi movie based on Sweeny Todd. 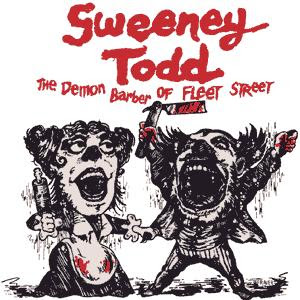 I said I wanted to make a movie based on a Muse video.


Maduka said that Sweeney Todd was basically The Count of Monte Christo story-structure-wise.

So Laura wrote a story, incorporating her idea of the pharma-patch into a two-page treatment. I wrote "scene one" and all that got handed off to Mac Rogers who wrote the script. He handed it back to me (without my scene one which I then immediately inserted back into the script) and I made the ending more evil (and gave the Marshals names... ahem) and it went back to Mac and back to me and then back to Mac after Laura gave her notes.

Now... I hadn't actually seen Sweeney Todd until last night (and it was the movie version). We put a straight razor in Angry Planet. I just hadn't thought about that. I think that Mac put the straight razor in... Mac -- were you thinking Sweeney when you wrote "0701"?

Weird! I never thought of the SWEENY/MONTE CRISTO resemblance before, even though it's so obvious. Perhaps I was subconsciously thinking of Sweeney.