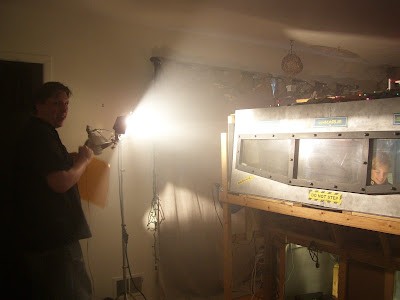 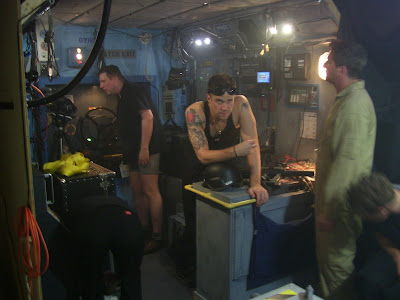 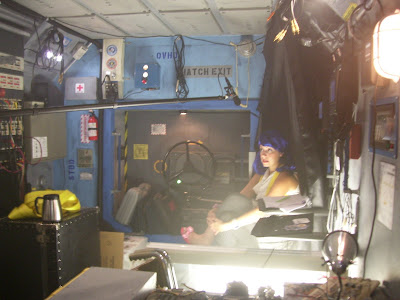 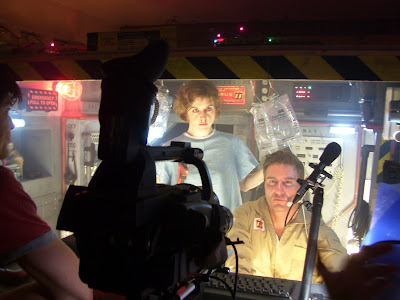 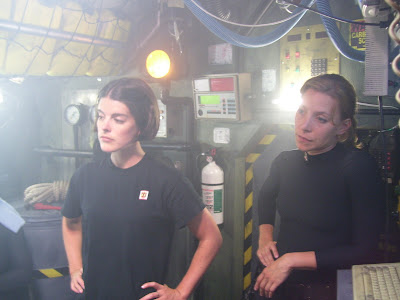 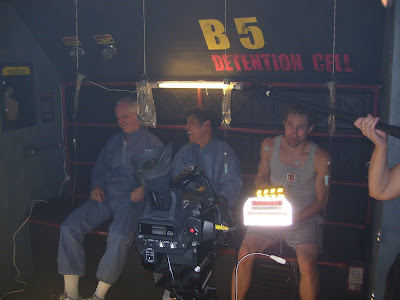 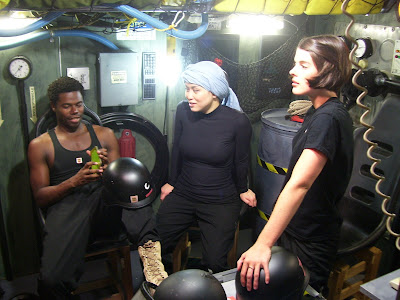 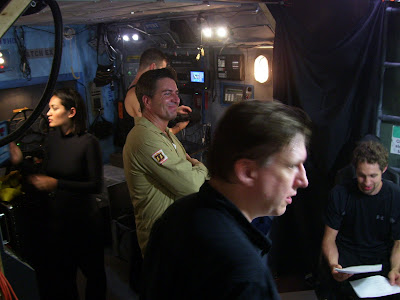 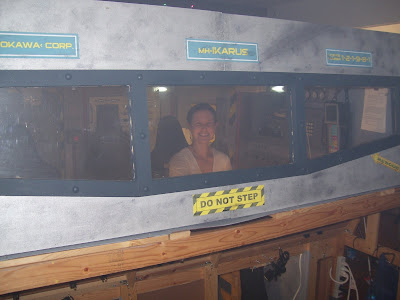 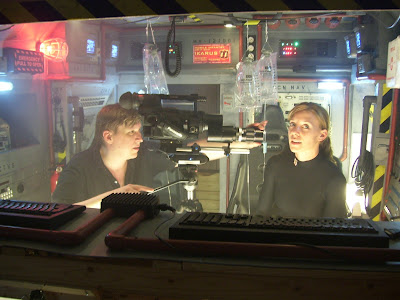 Julia Howe took these pictures on days 1 and 2 of The Uprising.
Andrew Bellware with Rebecca Kush (inside the ship.)
Andrew Bellware (with no pants on, he just gave up -- it was really hot!), Yanni Walker, and Jeff Plunkett.
Catie Riggs in her blue wig.
Angela Funk and Jeff Plunkett inside the cockpit.
Amelia Campbell and Rebecca Kush in the cargo bay.
Steve Deighan, Tana Sarntinoranont, and Ben Sulzbach get ready for a long sleep.
James Becton, Ivory Aquino, and Amelia Campbell.
A group shot, with Andrew Bellware looking like he's about to lose his copy of the script (which he did.)
Gabriella Wilentz in the cockpit -- she was mostly doing sound on day one but sometimes she'd go in to double for another actor for lighting.
Andrew Bellware shooting an extreme closeup of Rebecca Kush's eyes.
at 9/05/2008 10:58:00 AM

This movie seriously looks like it will be 100% awesome.