Figure Out a Monster 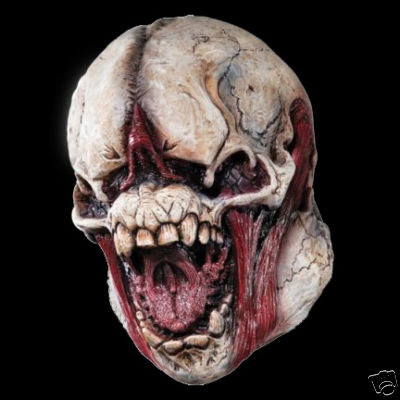 So, we've been in a major back-and-forth about the danged monster. We thought we had it settled and we were going to buy the Chupacabra mask (below in an earlier post) but the guys who make that mask are impossible to get a hold of (even after calling their cell(!) phones.) So now we're getting this one off of eBay.

This thing won't manipulate at all. You can just tell. Maybe it doesn't need to. But it needs to drip with slime...
Brian suggests KY jelly as "slime". It's gonna be fun going into the store to get as much KY as we need.
I don't know if we should try theatrical contact lenses. I don't know if you'll even see a closeup of the eyes.

They used gallons of KY on The Thing. Gallons.

KY is pricey. If you want to try to out-KY The Thing, better get out the checkbook.