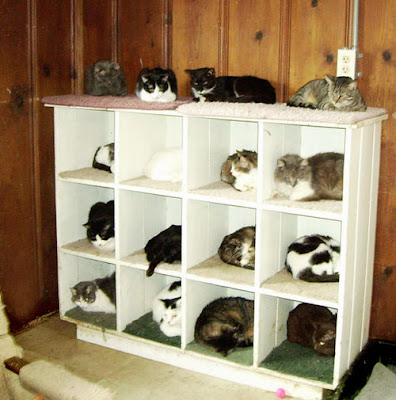 Whew, we're halfway through the shoot. Now that I'm doing all this handheld work, which I've never done before to any great extent, shooting is even more grueling per hour than just doing a whole pile of setups a day. (On the next picture we might be onto a much lighter camera, which will make handheld work less physically demanding.)
What makes it easy though is the script. We're really lucky to have a script where we know, that if we get through a scene, the story is rocketing through and taking us on our way. What's great about this Josh James script is that it's a horror/action picture and that -- well do you know that part in the middle of most low-budget pictures which is really boring? That part isn't in this movie. Instead, the characters have excellent conflicts and there's stuff for them to do other than wait for the monster to eat them. And that makes directing the movie easy.
So even when disaster strikes and an actor [ahem] forgets to (cough cough) show up, which means we have to [throat clears] kill the character -- we can make the decisions which need to be made on set in order to deal with it.
It's great to have a cast so dedicated to making the movie good. We've always been fortunate in that regard but this particular cast seems so focussed on the whole picture rather than just their individual parts and I can't help but think that again it's because the movie's story is so strong everyone can see the whole thing.
at 9/23/2008 06:24:00 PM