They: wait, there were 28 dark nights at Theatresource last year?
We: that's what I hear on the streets.
That's like, what... out of twelve days was dark?
Not quite, but in the ballpark.
But... someone was tech-ing a show or something like that, right?
No, in our definition we mean "dark night" to be "no show, no tech, no rehearsal, nothing booked." 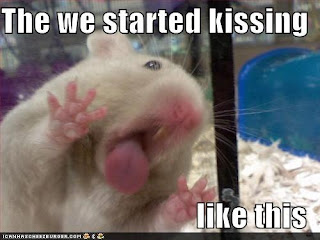 Can I make fun of your blog?
By all means.
"Egads."
Very funny. Well, sure. Now here's the thing, we should have booked all those nights, that was a lot of money lost. We do have an odd business model wherein we absolutely must book every single day except for Christmas. But that's what we have to do.
So uh. What's anyone doing about it?
Well a pretty smart idea came out of the Theatresource Advisory Board: volunteers could, with a certain number of hours, earn a Flopnight... sorry, I'm old... I mean a Development Series night where they could put up a show at Theatresource at no cost to themselves and the theater takes the $18 ticket at the door.
How is that any different from just signing up for a Flopnight... er... Development Series night now?
Well, normally we ask that you guarantee $300 of ticket sales. That encourages producers to actually sell tickets rather than giving them away.
And with the long-term goal of getting producers in the door...
It sort of dovetails into that goal. That's the idea.
It doesn't really do anything for volunteers who aren't actors/writers/producers.
No, you're right about that.
And your take on it?
Ha! Well... considering that we're talking about nights which simply weren't booked anyway it certainly can't hurt. In theory if those 28 nights were half-sold houses of 25, at $18 a ticket, the theater would have brought in over $12,000.
Those numbers are a big high though, aren't they?
Yeah, they probably are.
Not exactly a conservative estimate...
But you'd think that even a more realistic number...
Would be enough to pay rent one month.
Exactly.
at 8/23/2010 03:55:00 PM