So. I'm thinking to myself "I gotta make our next movie look like it cost forty-million dollars."
Question is, how are we going to do that?
Now, we have this awesome script. The trick is making it look like a lot of money. I think the place we need to work on right now isn't necessarily CG but rather new sets.
Much of this screenplay takes place inside an apartment in NYC in the future. So I'm all thinking, you know, Fifth Element.
Let me tell you. I am not the first person to think about this apartment set. You look up "fifth element apartment" on your interwebs and you're going to see that a lot of people have gone and replicated it.


Here's a Maya rendering of the apartment. It's helpful, actually, for some of the detail. We don't care specifically about what-goes-where, but rather it's inspiration for making alcoves and suchly in our own set.
Sure, it would be helpful to have Milla Jovovich in the picture. 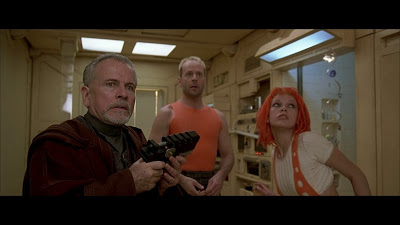 And I'll admit to having a thing for fluorescent lights (and, according to reviews of my movies, redheads.) 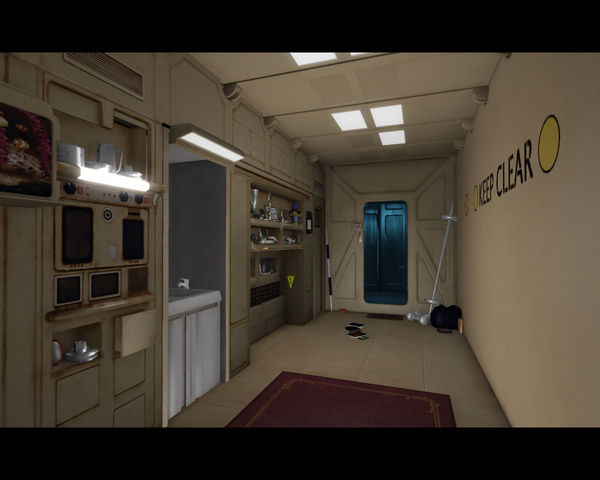 I might go for a somewhat more "brutalist" look. Mostly because it's easier to photograph humans against a more burnt umber color. But it could be the inspiration of the Brutalist building across the street from our studio.
I'm also somewhat inspired by the look of this Dredd movie. They did have some expensive sets, which we can't afford, but they did some interesting things with cityscapes and wide shots, some of which we can do.
I want an APS-C camera that will shoot 3200 ISO with at least 6 stops above and below exposure. I want no rolling shutter. I almost don't care how compressed the image is. Almost.

Iron Sky, they meshed the plates rather well. (The creators were Finnish and did some Star Trek parodies). Budget was high, but they pulled in a lot of SAG actors.

Dredd used a lot of greenscreen and matts. I also like the Total Recall (2012) cityscape as well with a city on top of city sprawl in both horizontal and vertical directions.

Have you considered making a world that all your stories take place, so you can reuse assets and physical sets to keep from having to make everything from scratch.

I'd love to do a single world where all our movies take place. But our buyers would put out a hit on me. Seeing the same sets in two movies really bugs them. Heck, at this point I'm not allowed to use brunettes anymore. (I'm almost serious about that.)
Total Recall was beautiful. Didn't I mention that on this blog? Maybe that was on the blog.pandoramachine.com
I do not enjoy the task of compositing against blue or green-screen. But yeah. Sometimes ya gotta do it.

I thought of that after I posted it, that your distributors would get a little uppity if they saw the same b.g. elements repeated.

If they want blondes, they are extra.

To me blondes = cheap short wig. So they're not that much more expensive! ;-)