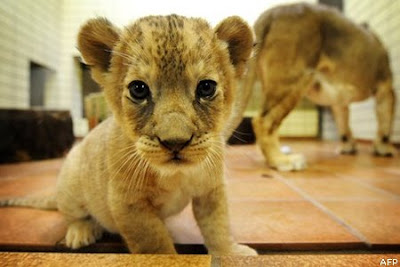 I have seldom, if ever, found myself agreeing with the Heritage Institute and not with the AFL-CIO. But in the case of the Employee Free Choice Act, I gotta go with Heritage.

Which is ironic because I even organized a union once. The largest theatrical shop in New York City outside of the Metropolitan Opera House -- the New York Shakespeare Festival -- I organized that with a couple friends when I worked there. We were so successful that Joe Papp closed the shops rather than let us organize. So essentially everyone got fired and they stopped having shops. No more employees. We never got to a vote. If we had, they would have closed the shops then.

I see no reason to abandon the secret ballot. I see plenty of reason to make the National Labor Relations Board speed up the voting process, but actually abandoning the secret ballot is just a terrible idea. Why don't the unions focus on speeding up the voting? Because they know they can intimidate people into signing cards. And because they're so lame they'll probably actually lose elections.

The AFL-CIO's site offers the following apologia for the EFCA:

By the time employees get to vote, the environment has been so poisoned that free and fair choice isn't an option. People call the current National Labor Relations Board (NLRB) election system a secret ballot election—but in fact it's not like any democratic election held anywhere else in our society. It's really a management-controlled election process because corporations have all the power. They control the information workers can receive and routinely poison the process by intimidating, harassing, coercing and even firing people who try to organize unions. No employee has free choice after being browbeaten by a supervisor to oppose the union or being told they may lose their job and livelihood if workers vote for the union.

Are you kidding me? You won't vote for the union because your supervisor has friggin browbeat you? Oh boo-freakin'-hoo. Anyone who's ever organized a union knows that an a-hole supervisor will virtually guarantee that you'll vote union. Come on. Just get real.

The AFL-CIO then goes into way disingenuous BS mode when they say:

And so I read that and I'm thinking -- wait, where the hell did they get this data set? When do these majority sign-up elections happen? Oh, right. There are some companies which decide not to fight a union organizing, they say to the union "get a majority of cards signed, have 'em verified by the NLRB, and we'll negotiate with you." So by definition the union organizing under "majority sign-up" is being done under less hostile-to-union environment from the management side. There may very well be a correlation then of the union being less stron-arm-ish on the labor side. Nobody knows, because the data set is a cherry-picked one. In any case, that does NOT imply that union organizers won't break out the crowbars (I used to deliver to contruction sites in New York City, so that ain't hyperbole) and break some heads of those who don't sign cards. Because they will.

American unions are terrible at organizing. And rather than fix what's broken at the NLRB, they figure they can just strong-arm people into signing union authorization cards.

What'll be interesting is to see what kinds of fights break out between two different unions when they're both trying to organize the same workers. Maybe there's some language in the bill addressing that instance.
at 3/09/2009 12:30:00 PM