Pics from behind the scenes 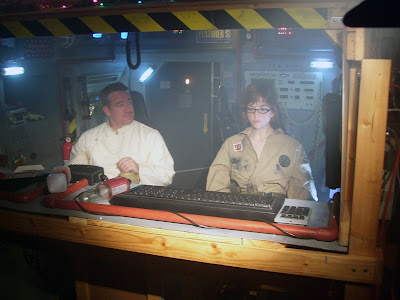 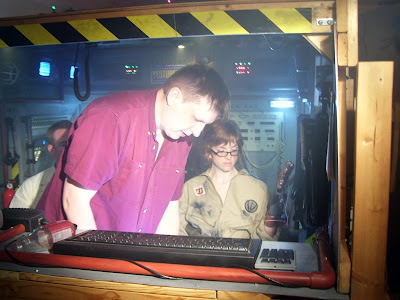 Jason Birdsall took pictures "behind the scenes" this weekend. I'm postin' them!

Ben Thomas (Cain) and Angela Funk (Rachel) in the cockpit of their ship.

Queen-of-Mars and Andrew Bellware glaring at one another. I'm not too sure why we look like this, we're probably not that angry actually.

Angela Funk in the cockpit.

Queen-of-Mars obscures Maduka while she fixes the mecha-hand on Angela Funk. 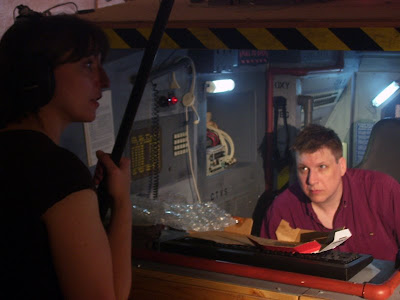 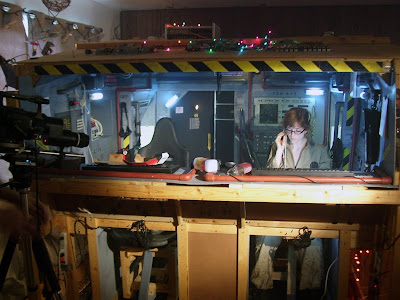 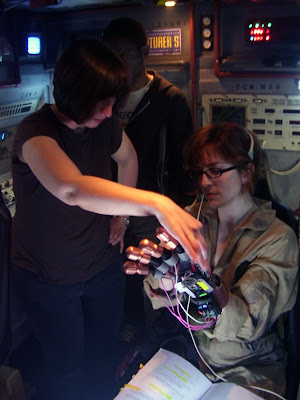