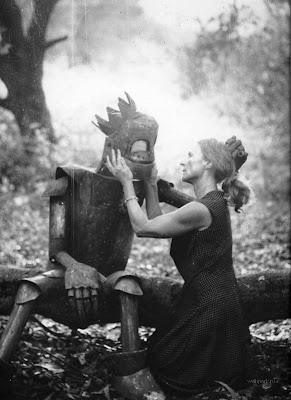 Working on CG models for Clonehunter:

Dude, all my Blinns turned into Phongs. Worse than that my bump map textures muliplied almost by a decimal point (actually, it looks to my eye like about a decimal point.) FBX export will do that to ya. So I went in and manually re-assigned the shaders which were Phongs back into Blinns, and set the bump mats to about .091.

Do I know what I'm talking about? Not really.

But we have a cat and a spaceship, both of which we got from Daz3d.com. We were looking at a Maya cat on Turbosquid which was $189 unrigged but we got the $30 Millennium Cat from Daz and it IS rigged! That's a big deal. Henry thought it was going to be a pain to put IK handles on the rig but it wasn't.

The one thing we haven't done yet is dealt with any compositing on the bluescreen. I'm working on this theory that somehow I know better than people who literally "wrote the book" like Stu Machwitz and I've been hazing the stage with our expensive little LaMaitre hazer even when we're shooting bluescreen. My idea is that the image we see when we key out will also be "hazed". That's what I intuit my experience has been from the past. So it's either that or I'm doing a lot of rotoscoping...

When we shoot Fly By Night, which will be a very bluescreeny movie, we're going to likely have to give up the hazer. Sniff! Bill likes him some inky blacks. I do worry about the image starting to look kinda "video" when we go without hazer (although of course we did all the exteriors on Solar Vengeance sans fog/haze), and you can soften the picture with "stockings" in post, you'll never get any kind of actual volumetric light (which for some reason on this picture we haven't been getting anyway.)

Today I gotta make runs to Metuchen and then back to Jersey City to make sure we have everything on hand to shoot on Saturday. Can you believe that it'll be day 7 and we haven't had 2" black gaff tape on set? That's just silly. I gotta pick some up on Friday.
at 5/21/2009 10:55:00 AM

Email ThisBlogThis!Share to TwitterShare to FacebookShare to Pinterest
Labels: 0903, 0904