A New Level of Dorkitude

The Caldwell E-Max low-profile hearing protection. They're twenty-five bucks. Which means they're cheap. 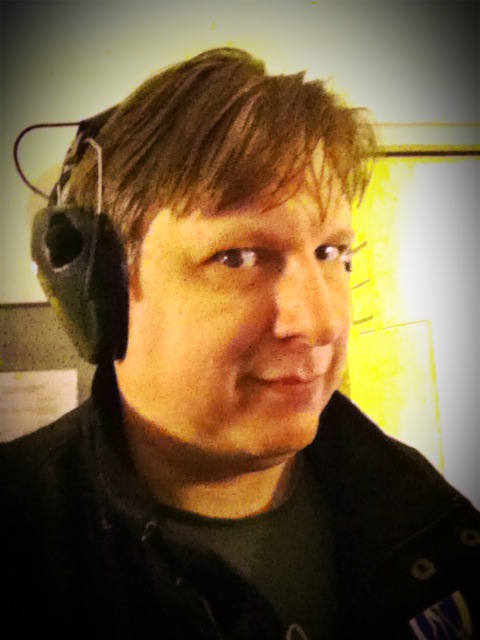 Pros: fit well. Seems to actually work. Does not look as fantastically dorky as one might expect.
I was surprised at some of the sounds which kicked above the 85dB threshold. A very squeaky metal door slamming, dude dropping his bicycle chain on the ground while I walked by.

Cons: audio is band-limited. Outside traffic sounds like it's on the telephone. One's own voice still sounds muffled (like you're wearing headphones) unless you turn it up pretty loud. The overload protection is "all or nothing" so loud noises just cut off.
The stereo-ness of them is not quite as awesome as I'd hoped. I was figuring they'd be more binaural and the directivity of sounds would be better than I feel they are with these.
I wish they cut off at about 80dB. This would probably not be something which would be that useful out on the range or whatever, but in the subway it would be nicer. I wish I knew were unity-gain was on the volume knob.
Also, I wish they would function non-linearly. A compressor would work more and more until shut-off, keeping volumes similar. That might be awful for other people though.

Neither Pro nor Con: Lastly, they're warm. This is to be expected with over-ear headphones. And if you're out in the cold it's a good thing -- they're warmer than earmuffs. But it ain't been cold enough in New York for the last couple seasons to justify how warm they are.

Last Con: Red LED on side is frequently used by androids to target biologics in the field. So be careful out there if you know there are synthetics in the area.